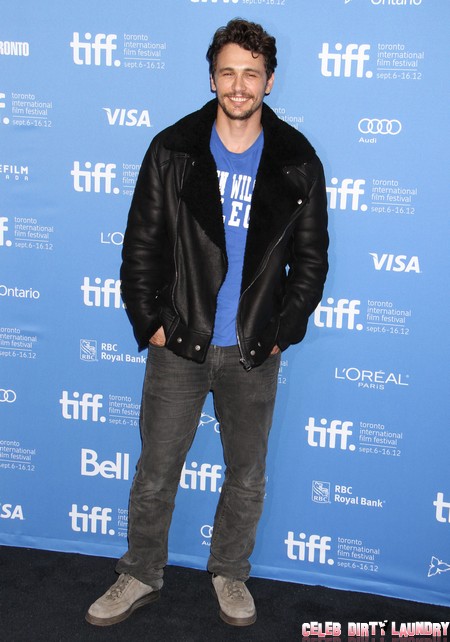 The coolest actor since sliced bread is dating a very pretty little liar. No, ladies and gentleman, we’re not talking about Robert Pattinson and Kristen Stewart, we’re talking about James Franco and Ashley Benson.  According to latest reports, Franco began courting the beautiful Benson last month and “insiders say the pair are smitten with each other.”

One of those sources who know too much told New York Post, “They have been seeing each other for a little over a month, but things are going well.” We’re glad to hear that, seeing that Franco split from his long-term girlfriend Ahna O’ Reilly after dating for five years. Yes, that’s five years, four and a half years longer than it takes for Bruce Jenner to grow a pair. Allegedly, Franco broke up with O’ Reilly due to long distance – he was studying English at Yale University, in New Haven, Connecticut, while she lived in Los Angeles. That’s a pretty little commute. Okay, we’ll stop with the cheesy Pretty Little Liars jokes.

Franco said at the time about his relationship with O’ Reilly, “That [relationship] lasted about four or five years. We’d been living together in LA then I came to New York to go to school for two years. Then I signed up for more school at Yale. I think that was it for her.” Let’s forget about the sad faced break-up story and imagine what it would be like to chill at Yale and have James Franco as a dorm-mate – imagine how cool it must be to have James Franco as a buddy…

Franco didn’t have much luck with girls when he was growing up (what?). He said about his lonely youth, “I think girls liked me, but I was awkward, shy and emotionally immature, so I didn’t have a ton of girlfriends. I had short-term relationships and always got dumped, I think because I was too slow for them.” Slap us with a fat fish and call us Teresa Giudice.

We hope Franco finds what he is looking for in the Pretty Little Liars Ashley Benson. What do you think? Don’t you also think they make a great couple? Let us know your thoughts in the comments below.