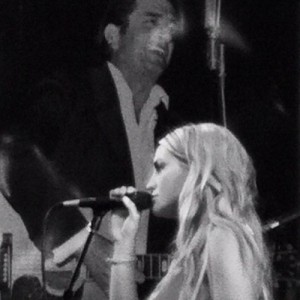 Is Jamie Lynn Spears making a comeback to the entertainment business with a country music singing career? Recently the 21-year-old singer took the stage at 3rd and Lindsley Bar & Grill in Nashville and according to TooFab.com she sang a new song called “I Look Up to You” that is said to have been written about her sister Britney Spears.

Before she started the song she told the crowd, “You can imagine who I wrote it about, so I hope you all like it a lot.”

If you take a close listen to the lyrics, the song’s focus is on innocence lost saying “scared little girl living in a big old world. You’ve outgrown your room, it all happened way too soon. They took away your innocence. We forgot our strong defense.” And we all know all that Britney has gone through throughout her career and it hasn’t always been sunshine and rainbows. Pass the tissues, please.

After the show in Nashville, Spears took to her Twitter to say, “Thanks to everyone who came out tonight! So very appreciated!”

I must admit, after listening to this I had to listen to it again because the girl sounds good…like, dare I say, BETTER than Britney ever did and probably ever will! Seriously. The girl could take over the female country music album charts. AND I can’t help admiring how amazing she looks. She looks strikingly like her sister mixed with a bit of Carrie Underwood. Absolutely gorgeous!

Check out Jamie Lynn Spears sing “I Look Up to You” in the video below.