Janet Jackson Advises Paris Jackson To STAY AWAY From Acting 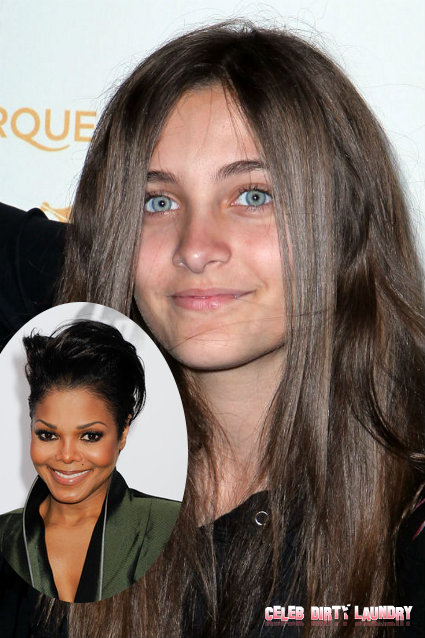 Being a child actor is not all its cracked up to be — just ask Janet Jackson.  The longtime triple threat has been very candid about being a child raised in the industry and she has given niece Paris Jackson (who just landed her first role at 14) a strong bit of advice.

“We’ve spoken about the fact that you’re only a child once,” the pop star told Prevention magazine in a new interview. “I think there’s a time for everything, and now is not the time [to act in films]. I told her I thought she should enjoy being a kid, possibly go to college or not, but wait till she turns 18. She’s a very tough, smart girl. But it’s a cutthroat industry. I wouldn’t want my child to do it.”

Another thing Jackson has always been honest about is her ongoing weight battle.  The Nutrisystem spokeswoman looks amazing, but she well knows that keeping the weight off is a daily struggle.

“I think people really connect with the idea of someone who’s gained and lost weight in a very public way, and also someone who’s an emotional eater.  Health was always a concern. When I gained weight in 2005, my nutritionist was very worried. I was close to having diabetes. Even when I lost it [and] then gained quite a bit back, there was always the thought of heart disease.  “Knowing I have these problems with body image, I ask my friends and family to tell me when I’ve lost too much. Because I will continue to pick on myself like all other woman do.”

Jackson’s tenacity and honesty about her weight is refreshing.  It makes her relatable to other women that also struggle.

What do you think about her advice forParis?  Is acting at a young age a mistake or might it be good for Paris to escape her world for awhile?  Tell us what you think in the comments below!