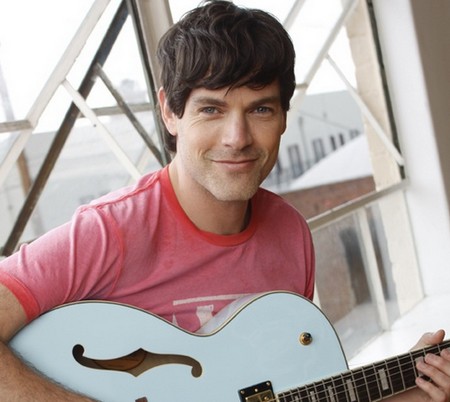 Jaron Lowenstein is Brooke Mueller’s boyfriend, y’all! And I say, y’all because it looks as if Brooke is giddying it up with her country music singing beau. Not only has she been hanging around him quite a bit lately but she has been throwing on the cowboy hat and other country music attire to match her man. You know things are getting serious when couples start wearing matching track suits or in this case, cowboy hats.

Apparently Mueller is telling people that she is crediting her ex Charlie Sheen for introducing her to him. Sources tell TMZ that Jaron and Brooke met last year at a party while Brooke was in the process of trying to make things work with Charlie! People are saying that if Brooke wasn’t at that party with Charlie she would never have met Jaron. Even though Brooke was hoping things would work out with Charlie, in the back of her mind she knew that it wouldn’t hurt to get Jaron’s phone number. Ever since that meeting the two have kept in touch and just a few months ago they took their friendship to another level.

So what do we know about Jaron? Well, according to his biography via Facebook, Jaron first emerged onto the music scene back in the 90s as one half of the duo Evan and Jaron. After the identical twin brothers enjoyed a successful run, they decided to take a hiatus with Jaron returning to music as a solo artist in 2009. He said, “I came back to music in March of 2009, because the country was in such a sad place and I felt a calling to help others out of their funk with my music and character.” He went on to add, “To know me is to know that everything is intentional. I’m a big fan of distraction and unblending. I like to encourage conversation even if it’s not in favor of the brand or band.”

So why did he come up with his name to be Jaron and the Long Road to Love? Jaron admits that he hasn’t gotten love right yet. And if you don’t like the name of his comeback title, so be it. He explained, “Some people love the name, some hate it, but they all have an opinion one way or the other. That’s what I care about.”

It also seems as if Jaron Lowenstein also cares a whole lot about being Brooke Mueller’s boyfriend! Let’s see how long these two last!