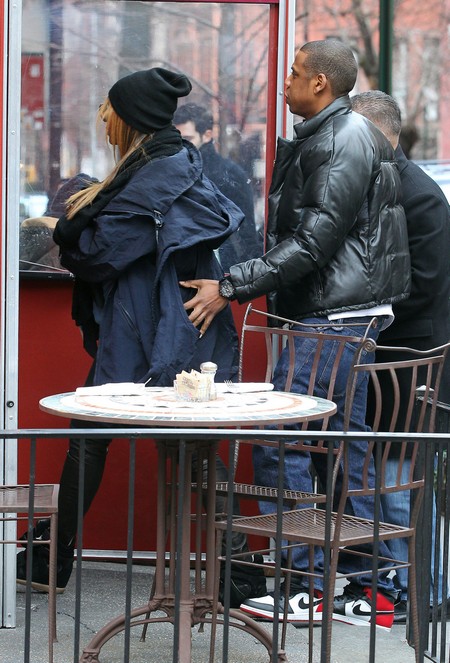 It looks like the Notorious B.I.C. has knocked Jay-Z out of the rap game. Jay-Z finally delivered his amazing announcement which is about the two-day Budweiser ‘Made in America’ festival, but that’s not all. He’s also said that he will not be making any more music anytime soon; because he’s apparently too busy with his daughter, Blue Ivy Carter.

Jay said, “I thought I would be more inspired to have all these new feeling to talk about, but I really just want to hang out with my daughter. I want to enjoy this time for what it is. I’m sure that bug to get back in the studio will come back at some point.”

So Jay-Z will be taking a break from the rap game, now I’m not so sure what to expect. Jay-Z was one of the very few mainstream rappers I actually liked, so I’m disappointed about this but I guess it is reasonable.

So now the only mainstream rapper I got now is Eminem and I haven’t heard anything from him in such a long time, I’m more interested in him bringing out some new stuff. But I guess we’ll just have to be patient and wait for the return of some great mainstream music, so I will officially just not listen to the radio for a long time. Guess I’ll just have to keep going back to underground, at least I can expect good music coming out of there all the time.