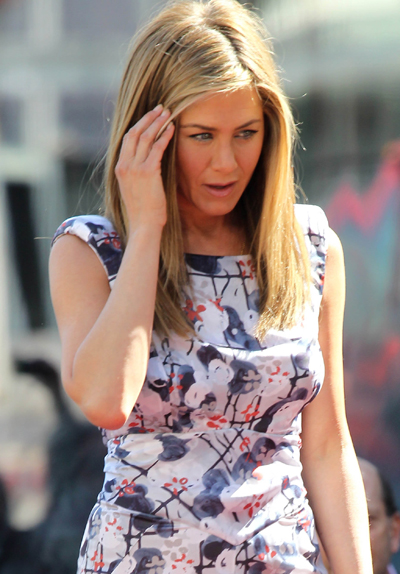 It’s no secret that Jennifer Aniston is not close with her mother (she famously didn’t even invite Nancy Dow to her 2000 wedding to Brad Pitt) but who knew that the 43-year-old Friends star had a secret brother that she never talks about?

According to RadarOnline, Alex Aniston is the actress’ 22-year-old half-brother, who shares the same father and last name as Jennifer.

However, unlike Jen, Alex’s lifestyle is not exactly luxurious. Reportedly, the college drop-out and “boho surfer” splits his time between Northern California and Alaska and pretty much lives in his van:

“He had a mattress in the back of his van, always had the same pair of pants with 20 patches on it and only had three shirts,” said a source to the gossip website.

However, while Jennifer has never mentioned Alex, who also goes by AJ, in interviews, he reportedly came to the premiere of her 2004 film, Along Came Polly.

So, why does the actress never talk about her brother? Perhaps it’s because all of the rumored “lewd photos” of himself  that he’s posted online. It doesn’t exactly fit in with Jennifer’s ‘America’s Sweetheart’ image.