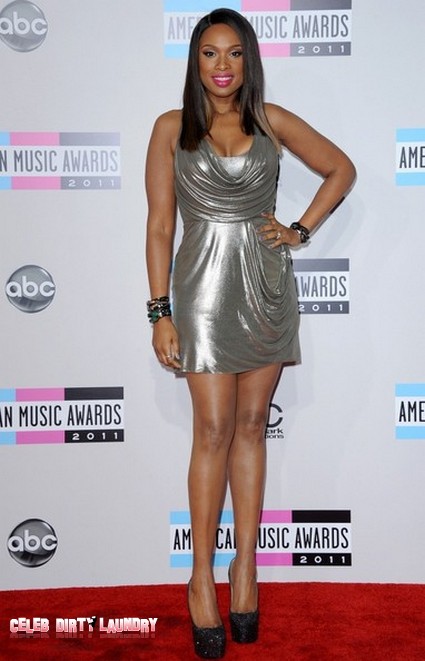 Now that Jennifer Hudson is approaching a normal size she doesn’t want anyone tampering with photos of how she used to look when she was huge. After much dieting under the watchful eye of Weight Watchers has allowed Jennifer to lose almost 100 pounds, the American Idol winner resents having her ‘before’ pics photoshopped. It’s all about money and image – Jennifer is making more from her WeightWatcher promotion than even she can believe and would never want anyone to think that she didn’t lose a ton of weight.

Jennifer told NBC’s Dateline that she was shocked when she saw the cover of her self-titled debut album in 2008.

The problem was that she looked thin but it was before she’d become a Weight Watchers spokesperson and actually lost a significant amount of weight.

She said that the altered image left her with a bad taste.  “It’s like, ‘Where’s the rest of me?’ They Photoshopped me probably to the size I am now on that cover, when we all know I was nowhere near that,” she said.

Jennifer said that she was concerned about the way her fans would react.

“To me, it did not send out a good message. And it did not represent me well,” she said. “Did I not just prove that talent is enough if I made it this far? Being who I am, being the size that I am?”  Last year, Jennifer opened her own weight loss centre.

The ‘Dreamgirls’ star managed to lose over five dress sizes following the birth of her son David in August 2009. Now Jennifer has opened the Weight Watchers Jennifer Hudson Center in her native Chicago.

Jennifer said: “I never thought I would make it to have my own centre. I’m so honoured to be here and see this day.”

Our obsession with appearance is just about complete. It seems to matter little to people how celebs behave – what is important to the masses is how the celebs look. What do you think? Should looks matter so much? Why do they matter so much? Tell us in the comments below.