Jennifer Hudson is Still Getting Used to Her New Body 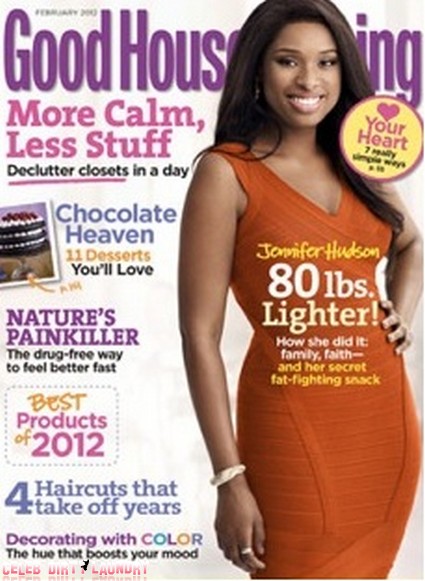 She looks great singing with her old, curvier self in her recent Weight Watchers commercials, but Jennifer Hudson— and author of I Got This: How I Changed My Ways and Lost What Weighed Me Down—says is still adjusting to her new size six body after losing 80 pounds over the last two years.

The 30-year-old singer admitted to iVillage that she is still trying to figure out what looks good and who she is now. “I’m still getting used to my new self.” She said, “I’ve gotten used to being the big girl. So now it’s like, “Who am I now, and how do I want to be perceived?”

Hudson is the cover girl for February’s Good Housekeeping Magazine and she admits in the mag that shopping is the best part of her new body, and that trying on new clothes is helping her feel more at home in her skin: “I just love fashion now. It’s so much more flexible, and there are so many more options out there now. I feel like my own little Barbie doll — I get to dress myself up.”

Apparently, Hudson wasn’t the only one who had to get to know her new figure. She says her fiancé, wrestler David Otunga took a while to get adjusted. “I remember one time he said, “You might want to slow up on the strength training.” But now he’s like, “Wow.” Because he watched the entire journey from when I first started. He’s been very supportive.”

The Oscar winner, who says she was originally motivated to lose the weight to set a good example for her son David, Jr, also hinted that she will be working hard to maintain this body for her upcoming nuptials with Otunga. “I have to maintain my weight so I can fit into my dress. That’s the thing. When it was being made, we had to alter it because I was losing weight. So now I need to be able to maintain it.”