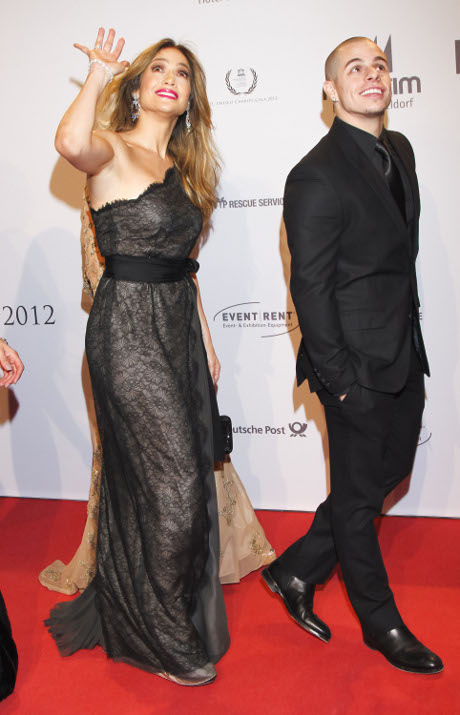 In the world of celebrities, riddled with cheats and gossipers, one can never be too careful, especially when it comes to love. Jennifer Lopez definitely knows how to keep her employees — and boyfriend, Casper Smart — under control and tight lipped. Because she makes them sign their life away on a dotted line, which places them in a binding contract that prohibits them from sharing any information about her to the outside world (AKA the tabloids).

“Casper signed a non-disclosure/confidentiality agreement when he began working for Jennifer Lopez, as she requires all of her employees to do,” says an exclusive source for Radar Online. The confidentiality agreement covers all interactions they have with J LO, including those they have inside and outside of the workplace. Basically, Jennifer is just trying to cover her insured booty. And I don’t blame her!

“Jen has been around long enough to know that anyone she dates could possibly turn on her and choose to go to the press if the relationship sours. Casper had absolutely no qualms about signing the agreement, and has told Jen on multiple occasions that even if he didn’t work for her, he would have signed the contract. Jen loves him even more for that,” the source continues.

What do you think of Jennifer taking this precaution with her clients? I think it’s an intelligent idea. Casper seems to be chill with the whole agreement, which is a good thing since I imagine having to ask a significant other to keep their trap shut — no matter what! — could lead to a potentially awkward situation. While Casper Smart is also J LO’s extremely younger boy pal, he’s technically one of her employees. And I think it’s smart that she’s not showing him any special treatment in the workplace. Way to keep it even, J LO!

What do you think the Jennifer Lopez and Casper Smart pairing? Still think it’s a match made in . . . well, wherever Celebrity Couples are paired and matched?