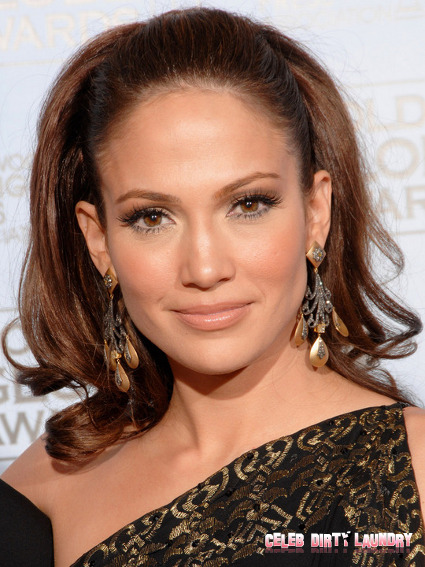 Jennifer Lopez has had a good run on American Idol. It rebooted her struggling career and made her the most powerful celebrity in the world. Nothing makes a woman more excited than a busy career and a toy-boy BF by her side, but according to several entertainment news sources, J.Lo is ready to be “Jenny from the block” again. Why the sudden turnaround? Why the sudden urge to leave the most successful reality television contest in the entire Universe?

J.Lo is taking part in a heavily publicized tour with Enrique Iglesias (does he still sing?) and according to sources at eonline.com her “plate is too full”. Now, rumors are slowly making their way into the blogosphere that J.Lo is indeed quitting Idol because of her toy-boy Casper Smart and previous UK X-Factor judge Cheryl Cole might take her seat on the panel. Is this a wise choice? J.Lo is sitting in a very comfortable position and she is able to demand a higher salary if she wishes. Her appearance on Idol has completely changed the viewership demographic of the show and Nigel Lythgoe (Executive Producer) wants J.Lo back for some more American Idol.

According to perezhilton.com, the producers are willing to give her a Britney/X-Factor type salary to keep her on the panel as “she has become an asset to the show.”

Not The First Time J.Lo Has Considered Leaving

News reports have circulated recently that J.Lo had indeed quit American Idol and many infamous entertainment writers believe J.Lo does not want to be affiliated with Britney Spears who recently joined the US X-Factor judging panel.

American Idol has always been a ratings darling on FOX and has destroyed any show that might enter into competition with the juggernaut music contest, but viewership numbers have declined in recent years, ending in the lowest viewership figure in the history of the show with the Phillip Phillips/Jessica Sanchez finale. Was J.Lo’s sudden departure from the show the final stake in the coffin? Did American Idol finally “jump the shark”? Or is this merely an integral part of the evolution of the show?

The producers of Idol required a reboot to the format after Simon Cowell and the rest of judges’ departed from the show so they used big names to draw in huge numbers. J.Lo and Steven Tyler saved the show from cancellation, but it is open to speculation whether an unknown-to-USA Cheryl Cole will be the best choice to fill the shoes of J.Lo. After all, Simon Cowell dropped Cheryl Cole from US X-Factor after only two episodes.

Whatever the case may be, J.Lo walks away with her head held high and a rebooted career. American Idol will never be the same again and might wallow in FOX cancellation hell very soon.