Jeremy Lin Says Kim Kardashian Is ‘NOT his type!’ 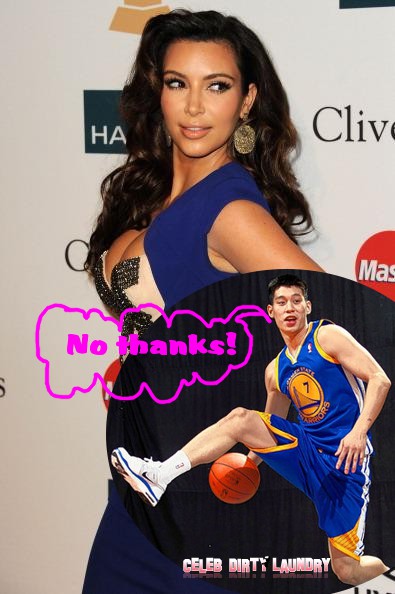 Jeremy Lin has come right out with it . . . he says that Kim Kardashian is simply not his type! Take that, Kim K. When asked about his success and his overall “phenomenon” status on Good Morning America, he said he is legitimately surprised that the tabloids have been attaching him to Kim Kardashian.

“Stuff about me dating Kim Kardashian, I mean, I have no idea where that came from and all these other rumors,” he said.

Lin is very adamant about one thing: Kim Kardashian is not — we repeat — is NOT his type. So don’t go getting yourself any ideas, Kim. We don’t think he wants you — at this moment, anyway (we don’t want to hurt Kim’s pride too much with this article). His biggest goal right now is that he wants to be a positive role model in the Asian-American community.

What do you think about this? Did you believe these rumors when they first surfaced? People have to choose which rumors they believe and don’t believe, and we’re always interested to know which sources y’all put your faith in.