Jersey Shore May Be Heading Down Under 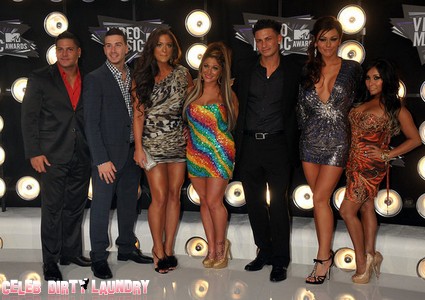 The idea to make the trek Down Under actually came from a couple of cast members. The Situation said Australia looked good in an interview because ‘all the girls are hot‘. Ronnie Ortiz-Magro chipped in saying he’d like to ‘experience the culture‘. I think that’s a nice way of saying he also wanted to check out the girls! He added ‘I hear that it’s really big, the show over there, so I’d like to see the feedback we get’.

Now Aussie tourism operators are keen to sit down with the show’s producers and work out a visit. The obvious place to send the crew would be Queensland aka the Sunshine State. A spokeswoman says ‘Obviously the Gold Coast is Australia’s playground, there’s theme parks, hanging out with lifesavers — the Gold Coast also has a very vibrant nightlife’. Sounds like the perfect spot for the bunch to explore -or get into trouble! She also said ‘Cairns and the tropical north are very different from anything they would get at home, or anywhere else in the world. We would welcome any interest and discussions’.

A deal to bring the gang Down Under would be beneficial for both parties – a nice vacation for the cast and widespread exposure for the Australian Tourism Commission. Oprah’s visit in 2010 made headlines all around the world. The country virtually came to a standstill when the former talk show host spent a week exploring the sights.