Jessica Chastain Receives A Standing Ovation For Her Oscar Nomination 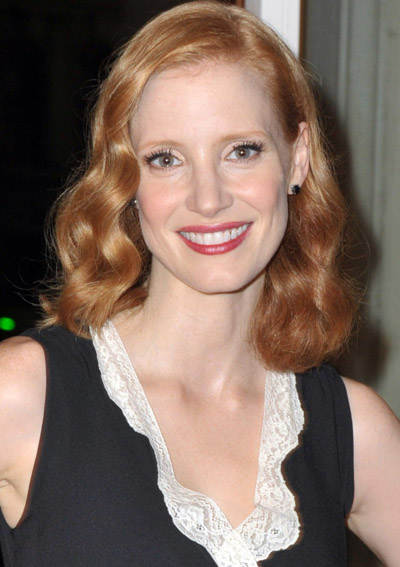 If Jessica Chastain seems a little too impressed with herself lately, she has a good reason to be. After being nominated for two Golden Globes this year, the 30-year-old actress was attending a show at Paris Fashion Week today when she found out that she was nominated for an Oscar for her supporting role in The Help.

However, instead of waiting for the show to be over, Jessica committed a faux pas by whipping out her phone and having a conversation during the show, a which as People points out is more than a little rude and “hardly considered proper Fashion Week etiquette.”

The crowd of fashionistas at the Giorgio Armai Privé show, including Cameron Diaz and Colin Firth‘s wife, Livia Firth, clearly forgave her though, as they reportedly gave Jessica a standing ovation!

Livia even Tweeted: “Super congrats #JessicaChastain sitting next to me Armani and just heard about her Oscars nominations!”

Still, we hope Jessica has better manners at the actual Academy Awards ceremony. We somehow doubt that host Billy Crystal will be as forgiving, if someone interrupts his opening monologue to talk on their cell phone.