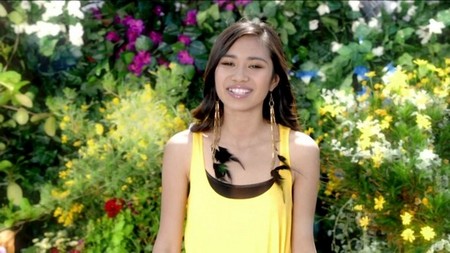 ROUND 2 – For the second round which was Jessica’s choice Jessica Sanchez performed “I Don’t Want To Miss A Thing”  by Aerosmith tonight on American Idol the Top 3 take to the stage and perform for their lives in the last performance show of the season before the finale.  Did you miss tonight’s episode?  If you did we watched it and we recapped it here for you.  On last week’s show Hollie Cavanagh was sent home.   If you missed the show you can read our full and detailed recap here.  If you missed any of the performances from last week you can see them here.

On tonight’s last performance show of the season before the finals the contestants will be bring their A game and singing three songs.  One will be picked by the American Idol judges, another by mentor Jimmy Lovine and the third will be a song of their choosing.

The contestants remaining in the competition are: Phillip Phillips; Jessica Sanchez and  Joshua Ledet.

Judges Comments: Randy said, “You are choosing tough hills to climb tonight, you are bold, you want this – it was slow in the beginning, but you delivered.” Jennifer said, “You don’t know what a big deal that is, he has never said a good thing about someone who sang his songs, really good job baby.” Steven said, “You just took a great song and made it greater, beautiful.”