Jessica Szohr Wants To Take Her Clothes Off For Playboy 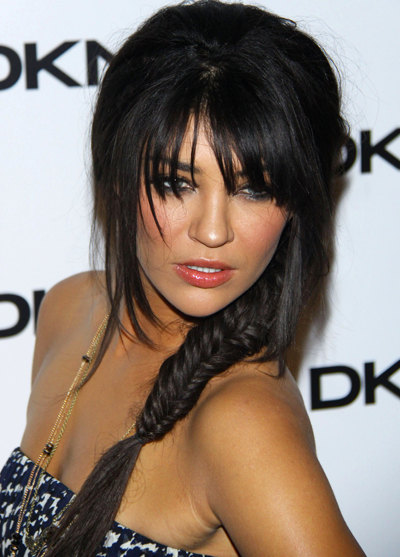 Since being written off Gossip Girl, the TV show that made her famous, 26-year-old actress Jessica Szohr has been looking for new opportunities, and she recently told Intouch that she wasn’t averse to posing nude for Playboy!

“I’m really comfortable with my body, so maybe!” she told the magazine while attending the 2012 Playboy Superbowl party, adding, “They’ve never asked!“

If Hugh Hefner gives her the green-light, it won’t be the first time that the Wisconsin native has taken off her clothes for a photo shoot. Last year, Jessica wore nothing but body paint for an ad campaign for Sobe Water.

Still, it’s quite a different tune than what she told OK Magazine in 2011 when she said that the “tastefully done” Sobe shoot is the most amount of skin that she would ever show off to the camera.

“I’m the oldest of five kids, and I have a lot of teenage girls that watch the show, so I think this thing, tastefully done, is the most I would do.”

Now that she’s no longer on Gossip Girl and has a lot of free time on her hands, we wouldn’t be surprised to see Jessica do a “tastefully done” photo shoot for Playboy in the future to revive her career.