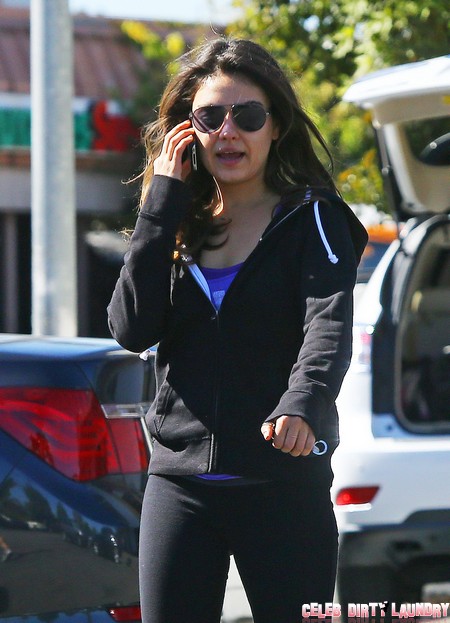 The world might not come to an end today, but once again a small part of humanity shows why the world should end abruptly and without warning. An Ukranian politician, Igor Miroshnichenko, deliberately used an Anti-Semitic slur in a recent – quite silly – Facebook rant. The hate-filled words were directed at none other than the beautiful Mila Kunis – one of Hollywood’s most popular actresses. Kunis’ heritage – being an Ukranian Jew – was exploited by Igor during his Facebook bitch, where he said that Kunis is not a true Ukranian, “because she’s a zhydovka” – this word was used against Jewish people since the Holocaust and translates to the derogative meaning of “dirty Jewess”.

An international uproar bled from this incident and caused Ukranian Jews to protest against the Ukranian government. Also, the Simon Wiesenthal Center in Los Angeles, sent a letter to the Prime Minister of the Ukraine and expressed “outrage and indignation against the slanders of the Svoboda Party directed against the Jewish community in the Ukraine.” In the letter, Rabbi Marvin Hier discussed the meaning of the term and that it “was used as an insidious slur invoked by the Nazis and their collaborators as they rounded up the Jews to murder them at Babi Yar and in the death camps.” The Simon Wiesenthal Center has since called on the Ukranian Prime Minister to “publically condemn this attack and to take measures to defeat the xenophobic forces that threaten your democracy.”

On the other end of the spectrum, the Ukranian government asserted in a statement that there was nothing Anti-Semitic about the word “zhydovka” and that it appears in the Ukranian dictionary as a term for a Jewish person. Of course this comes from the government of a country famous for it’s collaboration with the Nazis and mass murder of Jews – so what would you expect from such creatures. Do we need to remind everyone that there are many words in the dictionary for peoples of many ethnic groups that are racial slurs?

Kunis, who is in the middle of this international debacle, has yet to respond to Igor’s senseless and mindless attack, but don’t expect any form of reciprocation from Kunis in the upcoming days.

It is indeed a tragic world we live in.

Below are pics of Igor