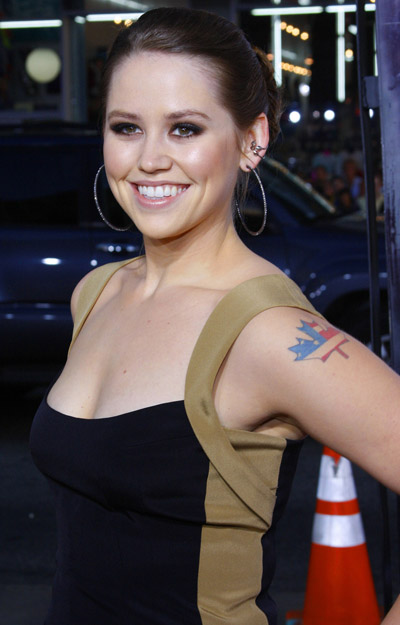 When your father is a major movie star, you’re probably a shoo-in to pass the first round of auditions on American Idol, but that didn’t stop Jim Carrey‘s 24-year-old daughter Jane Carrey from looking surprised and happy when she was told she was going to Hollywood!

“I’m a huge ham…I always like to be onstage,” said Jane in a clip before she went on to perform.

The aspiring singer, who is also a single mom and an “on-and-off waitress,” treated judges Steven Tyler, Randy Jackson, and Jennifer Lopez (who remembered seeing Jane when she was a toddler on-set when she worked with Jim on In Living Color) to a rendition of Bonnie Raitt’s “Something to Talk About.” And while the judges all agreed that she had potential and a “pretty voice,” we’re thinking that the connection to a Hollywood celebrity probably played an integral part in Jane’s advancement to the next level.

“Yay…She’s amazing,” Jim said through the phone. “I can’t wait for the world to understand what she has.”

Still, the American Idol hopeful knows that being the child of a celebrity comes with its own special set of hurdles, which she will no doubt face in her quest to become the next Kelly Clarkson.

“The last name definitely helps and hurts. There’s this pressure to be better because if I make it somewhere, I run the risk of people saying ‘you only got there because of this,” she said. “I’m here to make my place in the world.“