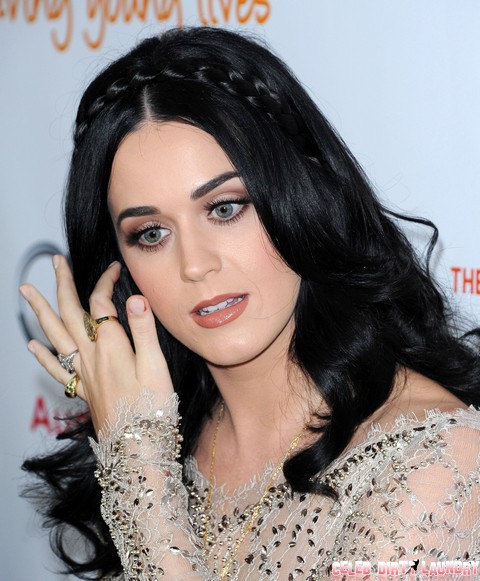 John Mayer has a bad boy reputation, and it’s for a good reason! He and Katy Perry have just officially come out as a couple by walking the red carpet at the musical A Christmas Story on Broadway last week (not that it was a big surprise to anyone!) but insiders say he’s already cheating! We previously reported that she was crushed to find sexts in his cell phone to other women, to which John gave no excuse or apology for. Well, now an insider is spilling all the details about John’s sex addict secret.

A source confided behind the scene details to Life & Style, print edition December 31, 2012. “They meet frequently just for sex dates. And they sext each other almost constantly,” the source confides of John and the unknown woman. The notorious playboy has broken the hearts of Jennifer Aniston, Jessica Simpson, and Katy’s fellow cat enthusiast Taylor Swift. The country star even wrote a song about their nasty break up, crooning, “Don’t you think I was too young to be messed with?” John is seven years older than Katy, but older doesn’t always mean wiser! But why would anyone cheat on the gorgeous Katy Perry? She seems playful, kind, funny . . . but she may not be adventurous enough!

The source explained, “John and this woman have incredible chemistry and have been seeing each other nonstop since their first encounter almost two years ago. He’s so adventurous in the bedroom, he can’t believe he has met his match.” Did we just hear that John Mayer is a scoundrel real-life version of Christian Grey from our favorite trilogy, Fifty Shades of Grey? We didn’t even consider him when we profiled potential actors for the role—probably because no one would choose John (who looks constantly stoned or conniving) over Ian Somerhalder (who has eyes as blue and pure as the Aegean Sea)! But the guy is a total sex addict. He wants Katy on his arm and mystery woman in his bed to do his bidding! “Most of his partners eventually balk at his requests,” the insider reports. “Not this one.”

A friend of the couple admits that Katy is totally in the dark about John’s illicit affair—although he’s been seeing this woman for two years, does that make Katy the other woman? “Katy falls for the worst guys. But John could be the worst of all: he’s bad to the bone, a real smooth talker. He has a way of drawing in even the smartest, wisest girls.”

Fans of Katy may recall her rocky marriage to Russell Brand, a recovering sex and heroin addict, which ended last winter. But Katy has a tendency to only date fixer-uppers. “There’s a part of her that thinks she’s definitely reformed him, so she’d be totally devastated if she knew that John was cheating.” My opinion of John is pretty one dimensional: stay away, the man is a louse! Should Katy dump him while she’s ahead and turn to gal pal Taylor Swift to wash the tears away, or stick with him until he’s cured of his sex addiction?