John Mayer Is Humiliated And Thinks Taylor Swift Is Cheap 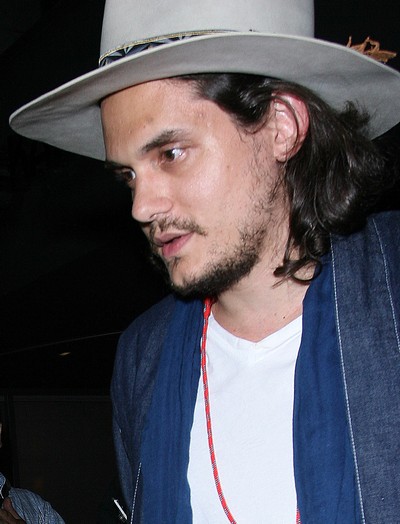 John Mayer has finally come out expressing the humiliation he felt from Taylor Swift’s oh so cheap words.  I completely forgot that the two singers had once dated, opting more to remember John’s past relationships with the likes of Jennifer Aniston and Jessica Simpson – whom he coined the term for “sexual napalm”.  But date they did, back when T-Swift was a mere 19-years-old and all puppy dog in love with the “Your Body Is a Wonderland” crooner.

When the barely-there relationship came to an end, Taylor did what all singers do – took to her notepad and wrote a song about him.  Although Taylor’s song, “Dear John” was never publically admitted to be about John, the words speak for themselves pretty clearly.

“Don’t you think I was too young/ To be messed with/ The girl in the dress/ Cried the whole way home/ I shouldn’t known.”

Riggghht. Totally John Mayer. Don’t forget he’s not the first guy who Taylor has dated in which ended poorly and a song was written about them. Think Joe Jonas, Taylor Lautner, Jake Gyllenhaal – the list can go on.

So why is John Mayer surprised?  You almost have to expect it right?  He told Rolling Stones magazine:

“I was really caught off-guard, and it really humiliated me at a time when I’d already been dressed down. I mean, how would you feel if, at the lowest you’ve ever been, someone kicked you even lower?”

Not being one to stop there, he also said:

“I will say as a songwriter that I think it’s kind of cheap songwriting, I know she’s the biggest thing in the world, and I’m not trying to sink anybody’s ship, but I think it’s abusing your talent to rub your hands together and go, ‘Wait till he gets a load of this!’ That’s bulls—.”

Hmmm…a little humiliated is right.  I say get over it. You’re the one bringing it up now after so long ago. Move on, we know Taylor has.