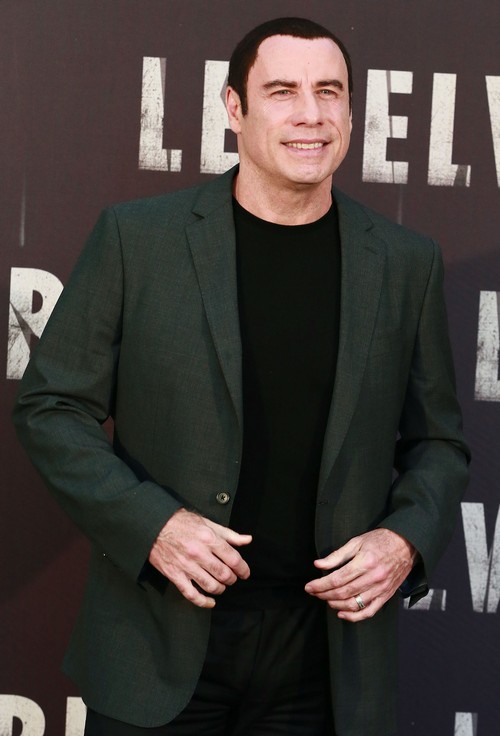 You know, I’m all for chiropractics and the hippie “the body can heal itself” thing, but John Travolta’s latest story about a car accident victim in Shanghai, China is a bit of a stretch for me! The mega celebrity is always under scrutiny for his sexuality and bizarre accounts of relations with various message therapists, but he’s able to put the allegations aside and focus on what matters: helping others. The goal is great; the procedure is strange. In an article titled John Travlota: Stayin’ Very Alive, the actor describes helping a car-crash survivor while in Shanghai at a work event.

“The Master of Ceremonies’ best friend had broken his ankle and was in constant pain. I asked him permission to do some Scientology assists and he said, ‘okay, sure.’ People were standing around watching as I did them. You could actually see him confronting the pain and after a while he looked up at me and said, ‘I feel better,’ so I said, ‘okay, end of assist.’ He had gotten noticeably better and I was chomping at the bit for more.”

Okay, I’m just going to say it: John Travolta is crazy and probably thinks he’s the second coming of Jesus Christ. For those of you who haven’t opened a bible in a while (or ever!) let me refresh your memory. In the Bible, there is a story where Jesus goes up to a paralyzed man, says “get up, pick up your bed and go home.” And the paralyzed man does. I’m not here to argue about the bible, only to say that John Travolta’s story is basically the same. Broken ankle, quick conversation, and then he’s all “get up and walk!” Delusional: probably. The Church of Scientology explained what Travolta meant by an assist, describing it as a way to speed up the body’s natural process of self-healing. Now, broken ankles do get better with time. But can one really heal themselves using power of the mind and John Travolta’s support? I’m skeptical. Is John Travolta crazy or just really determined?