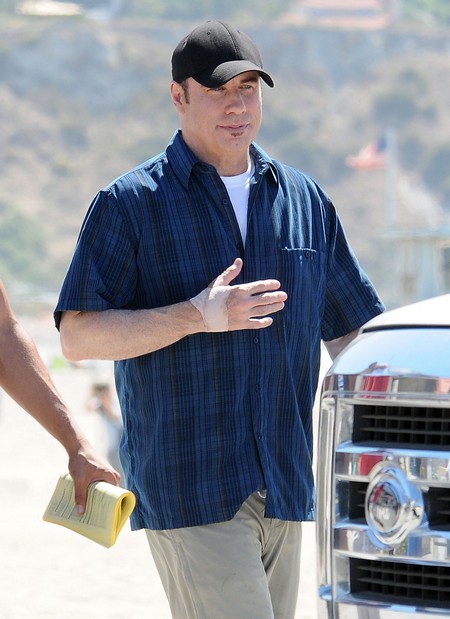 John Travolta is having a REALLY bad week. Yesterday a sexual battery suit was filed against the actor by a male masseur and today, plaintiff number two has stepped forward and filed his own suit looking for a cool two million dollars.  The second alleged victim is being represented by the same attorney as the first accuser, and in an amended complaint, both are now suing Travolta for sexual harassment as well.

Travolta’s rep fully denied his clients actions in a statement on Monday,

“This lawsuit is a complete fiction and fabrication. None of the events claimed in the suit ever occurred. The plaintiff, who refuses to give their name, knows that the suit is a baseless lie. It is for that reason that the plaintiff hasn’t been identified with a name, even though it is required to do so. On the date when plaintiff claims John met him, John was not in California, and it can be proved that he was on the East Coast. Plaintiff’s attorney has filed this suit to try and get his 15 minutes of fame. John intends to get this case thrown out, and then he will sue the attorney and Plaintiff for malicious prosecution.”

According to RadarOnline plaintiff number two alleges that while working at an Atlanta, Georgia resort on January 28, 2012, his client did an in-room massage on Travolta. The plaintiff alleges that on that morning he observed Travolta acting in “a strange demeanor, bloodshot eyes and climbed onto the already setup massage table…Travolta removed the entire sheet from his body, and he claimed the sheets were sticky and could not tolerate the heat…

Here the content gets too graphic for our site – to read the rest of the detailed report Click Here.

The alleged second victim is also seeking $2 million dollars in damages and a jury trial, and their attorney maintains that both clients are ready to face off against Travolta in court.  Travolta’s lawyer, Marty Singer, denies all the allegations…

Is it possible that all of those graphic details could be made up?  Do you believe Travolta is guilty?  Tell us in the comments below!