Johnny Depp Is Hollywood’s Next Vampire: Teams Up With Tim Burton In ‘Dark Shadows’ 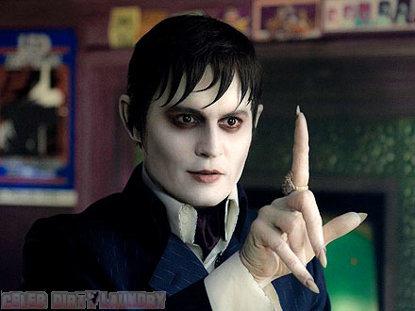 The vampire craze, which continues to spellbind popular culture, apparently isn’t ready to leave the big screen anytime soon. A-lister Johnny Depp is taking his turn at playing the immortal creature in yet another collaboration with Tim Burton.

It’ll be quite interesting to see what Burton and Depp can bring to the genre. The film, Dark Shadows, is based on a gothic soap opera that aired on ABC from 1966 to 1971. The show was basically the first of its kind, featuring supernatural elements such as witches, zombies, werewolves, and other creatures that were rare to see on a television show of the time period. Hmm . . . sounds like an archaic version of Vampire Diaries.

The show became an instant cult classic when a vampire by the name of Barnabas Collins entered the series in 1967. It is considered to be one of the most successful paranormal-themed television programs in the history of television arts. 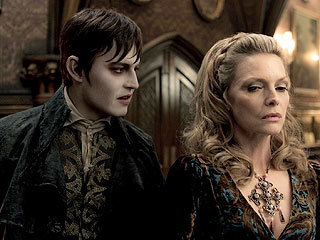 The theatrical version will bring back famous vampire Barnabas Collins and will be played by none other than Johnny Depp, a fitting role for the actor being that he was said to have been obsessed with the character as a child. Michelle Pfeiffer, Helena Bonham Carter, and Johnny Lee Miller are also starring in the film.

We don’t know much about the film yet, but just know there’ll be a whole bunch of paranormal awesomeness and that it will stay true to the show’s roots.

I’m sure we can expect the same gothic/dark/slightly macabre magic that Burton usually delivers to the screen. Take a look at Depp as a vampire! Who do you think is more badass now: RPattz or Depp?