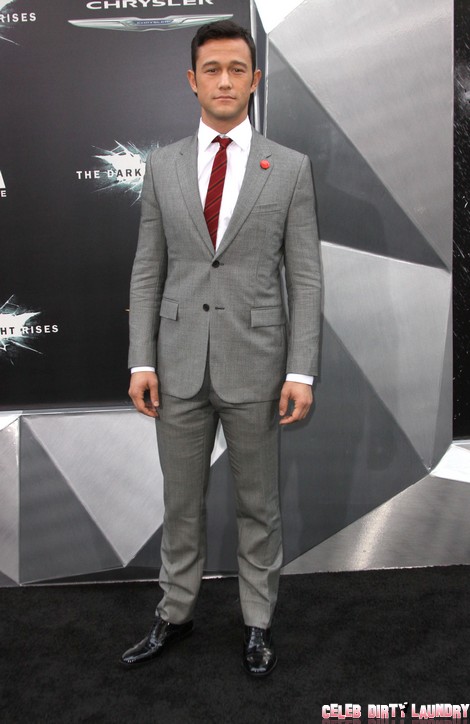 While Joseph Gordon-Levitt has had his fair share of action movies in the past few years, The Dark Knight Rises, Inception, G.I. Joe (yeah, I know), the upcoming Looper, JGL has his most challenging role is Wilee, a bike messenger who gets entangled in a nasty chase when he unsuspectingly begins to transport a very-much desired package, in the new movie Premium Rush.

“Physically, just as far as the physical challenge, this was the hardest,” JGL explained at the press junket for the movie, held at the W Hotel in Hollywood. “Inception would come in a close second, but I was on a bike every day, all day. The whole movie is on a bike. Inception has cool action sequences, but this is the entire movie.” Before the movie even started filming they had to train for six weeks, so yeah, kudos to JGL for doing that because you won’t see me on a bike besides one at mom’s house goofing around. But then again, I’m not getting paid for it

But what would an action movie be without a little action to happen while filming? During filming a scene that actually made its way to the credits, JGL got himself a good little injury “There was a bit of an accident. I should start off by saying that everyone on the set—Dave Koepp, the director and everyone on down—was very safety conscious,” JGL tells E!. “It was a perfect storm of a lot of things going wrong at once. To make a long story short, a diplomat broke through our lockup. In NYC, you have the United Nations so there’s diplomats driving around, they can break the law. So he broke through our cones and the cops and double parked right in the middle of where we were going, and basically I ended up going through the rear window of a taxi cab and getting 31 stiches.”

31 stitches? Ouch that had to hurt. I’ve had six stitches in my thumb when I was younger and thought that was a lot, but 31?!? What was the toughest role for Josh Gordon-Levitt? Premium Rush, hands down.  At least JGL probably has good insurance and a fun party story to tell people.