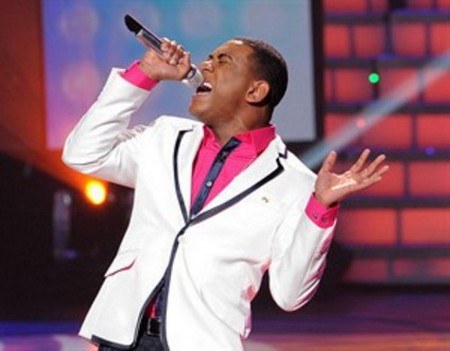 ROUND 2 – BRITISH – Joshua Ledet performed  “To Love Somebody” tonight on American Idol the Top 5.  On last week’s show Elise Testone was sent home.  If you missed the show you can read our full and detailed recap here.  If you missed any of the performances from last week you can see them here.

Judges Comments:  Standing ovation from all the judges!. Randy gives a shout-out to Robin Gibb and says that performance was what it was all about and that Joshua’s one of the best singers ever on the show. “It’s been years since we’ve seen somebody like this,” J-Lo says, calling Joshua one of the best singers of the past 50 years.  Steven: loves it and agrees with the other judges