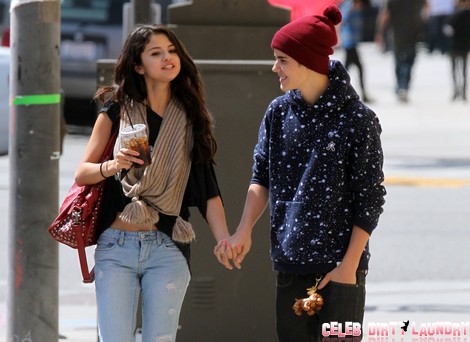 If you’re not a US citizen, and/or you’re in a vegetative state from watching too many episodes of the Kardashians, you might not know that today is Thanksgiving in the United States. It’s a day of good food, family fun, and the pardoning of a turkey (me thinks). However, there are two turkeys who will not be pardoned for their archaic imprudence and soul stealing music. No, it’s not Lady Gaga and her charming husband, Satan; it’s the other devilish twosome from the man child family, Selena “Almost Gone” Gomez and Justin “Believe Y’all” Bieber.

Let’s take a look at what their Thanksgiving celebrations might be like, shall we? As we all know, Justin is a Canadian citizen, and Thanksgiving isn’t celebrated there today. So, what do Justin and Selena do on a day like today? Does he assist Selena in stuffing the turkey? Does he play charades with Selena’s family? Or do the two families come together like a broken Rubik’s cube and chat about their children’s careers? Will Selena’s mother even allow Bieber to break bread with the family? It must be such a joyous time at the Gomez’s during Thanksgiving! There’s nothing like the stench of hatred and stink-eye at a family gathering.

Actually, we doubt it’s like an episode of The Brady Bunch. Justin and Selena will most probably chase a turkey around their house with a butcher knife and screams. Justin would say something along the lines of, “Aight, but I ain’t touchin’ that, yo.” And Selena would punch him in the head. They would eventually allow the turkey to escape (Justin would, because Selena is currently too angry to allow any living creature to escape her Scream re-enactment). There the two would sit, in their multimillion dollar home, turkey-less and thankless. Except if they’re vegetarians, but that’s a whole different story.

Be thankful for your fans, Justin Bieber, because without them you’re just another boy with a dream and a man child attitude. What are you thankful for today? Let us know in the comments below.