Justin Bieber Defends Selena Gomez – Warns One Direction’s Niall Horan To Back Off! 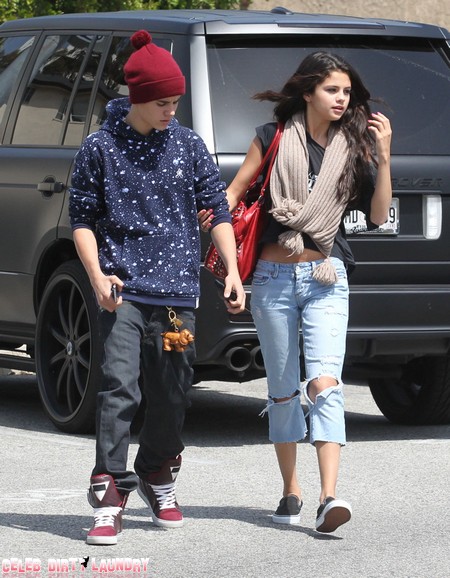 Justin Bieber stepped up and threatened the arrogant Niall Horan of One Direction to stay away from his lady, Selena Gomez, at the 2012 Kids’ Choice awards.  It seems that Justin caught Niall flirting up a storm with beautiful Selena and told him in no uncertain terms to back off.  No way was our man Justin going to accept anyone, let alone a singing rival, make a move on his Selena.

Justin was so angry after he caught Niall making a move on Selena that he ‘was ready to explode.’  He took the lad aside and told him what was what and ‘warned Niall to stay away from Selena!’

Hollywood Life reports the Star exclusive:  We’re shocked there was drama between the two hunky singers — find out the confrontation that went down at the 2012 Kids’ Choice Awards!

Justin Bieber and Selena Gomez are so in love, and when One Direction star Niall Horan allegedly hit on her at the 2012 Kids’ Choice Awards, Justin stepped up to defend his woman!

“Niall made a beeline for Selena and poured on the charm,” a source close to the situation said. “When he looked into her eyes and said, ‘You’re beautiful,’ Selena melted.”

What a shocking accusation! Justin responded by stepping in to manage the situation.  “He was stewing while it went down,” the source said. “He was ready to explode. Justin took Niall aside and warned him to keep away from Selena.”

Justin has displayed jealousy regarding Selena before.  Could he be just the least little bit insecure about his manhood?  After all, Justin is only 18 and Selena is one of the most beautiful young women in Hollywood – the competition must be ferocious!  Let us know what you think in the comments below.