Justin Bieber Gets In The Ring With Floyd Mayweather And Survives! (Photo) 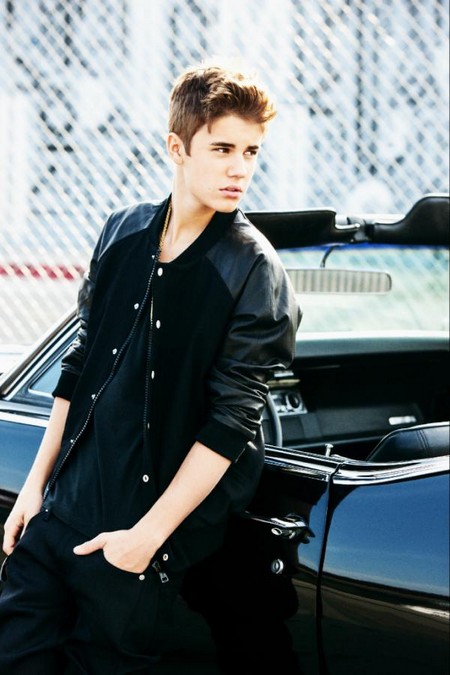 Leave it to Justin Bieber to take on Floyd Mayweather the boxing champion and win!  Justin decided to join Mayweather’s entourage which included 50 Cent and Lil Wayne last night at the champ’s fight with Miguel Cotto.

Of course Mayweather won – the dude just doesn’t know how to lose in the ring – and there was little Justin tagging along like a kid in a candy store.  Justin seemed honored to accompany the martial artist to the ring and was right in the squared circle with the champ after the fight.

Justin is definitely trying to become ‘a man’ and like most bits his age thinks that acting tough and hanging around with tough guys makes him look like a man.  Of course it doesn’t.  Rather is shows him to be the boy that he most certainly still is.  Will we see Justin star in the next Expendables?

Of course Floyd Mayweather took care of business last night against Miguel Cotto — he had the dreaded masters of intimidation in his corner, like Lil Wayne, 50 Cent and … Justin Bieber?

Bieber walked out with Mayweather before the fight and was in the ring with him after to celebrate the victory.

It’s unclear how the two hooked up, though Bieber did once compare himself to Mayweather in an interview. Earlier in the day, Bieber tweeted, “cinco de mayo…. #MayweatherCotto yeah @FloydMayweather today is a BIG day.”

Do you think Justin belongs with ‘bad-boy’ boxers?  Let us know what you think in the comments below?