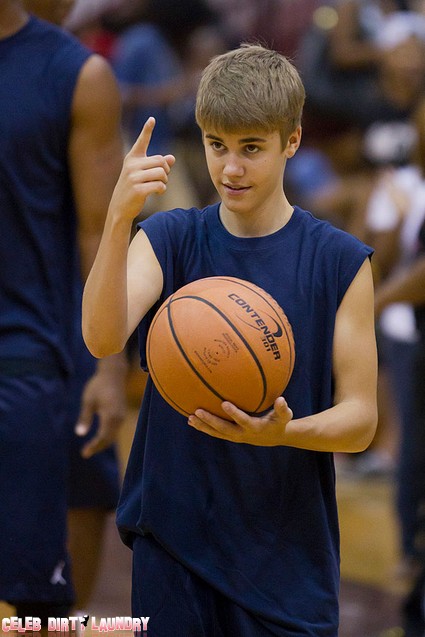 Did you think Justin Bieber‘s concert movie was the last we’d see of him on the big screen? Never say never. The tween pin up is going to Hollywood to try his hand at acting. His first role? Playing a basketballer. Yes, the 5 ft 5 singer is going to play a basketballer. Like I said… this is Hollywood where anything is possible – or more to the point anyone can shoot hoops.

Before you write this movie off…you might want to know who’s behind the project. It’s the brainchild of Mark Wahlberg. The very cool actor who also worked behind the scenes on Entourage. The artist formerly known as Marky Mark has some pretty serious street cred and he’s determined to make the Bieb’s acting debut a box office success. He’s even talking up the project despite the fact a major studio hasn’t yet given the movie the green light.

The actor has told MTV ‘We’re waiting for the script. Waiting for the script. Every time I see Bieber or Scooter Braun his manager I have to explain to them that it’s a bit of a process having the script written‘. Mark isn’t rushing to cash in on his star’s popularity – it’s all about quality ‘It certainly [has to be] something that’s good enough to go and have green-lit and make right away. But I think it will be well worth the wait.’

All we know at this stage is Wahlberg will play a washed up basketballer who takes the young, superstar in the making under his wing – that would be Justin – and coaches him on the court. Shooting may begin this summer.

In the meantime Justin is getting ready to release a new single and is hanging out with his girlfriend. The pair are even making a few headlines Justin Bieber And Selena Gomez Get Drunk And Fight (Photos)