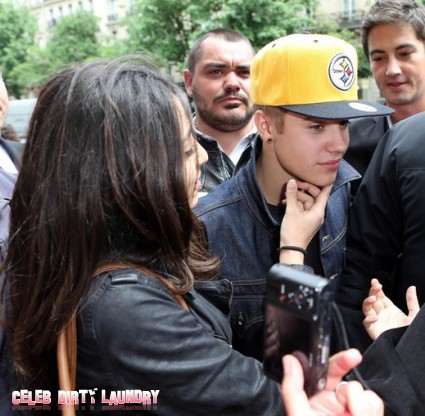 Justin Bieber was apparently knocked unconscious after he mistakenly ran into a wall of glass. All this happened while he was at his concert in Paris. Poor Justin has been dealing with a lot lately — first he’s faced with a lawsuit after getting into a brawl with a photographer, next he’s blamed with throwing Norway into a state of pandemonium, and now glass walls are beating him up!

TMZ exclusively reports that Justin Bieber walked into the glass and, upon returning to his dressing room, fell unconscious for approximately fifteen seconds. Doctors say that he experienced a mild concussion and, except for his fallen pride, will be A-Ok.

Reportedly, “he was performing on stage, and in between songs he walked backstage and hit the glass.” The singer says that he was disoriented and slightly shaken up, but it was nothing he couldn’t handle. Despite a minor headache, he says he feels good and, at the end of the day, one just has to laugh off situations like this.

Rest up, Justin! When you and Selena reunite, have her kiss all your owies and make them all better! Baby, baby, baby, you will survive this accident.

Apparently this isn’t the first time our lil’ Beebz has come to war with a glass object. “I guess me and glass windows just don’t work,” he tells our pals over at TMZ. To listen to Justin describe the whole ordeal click here.