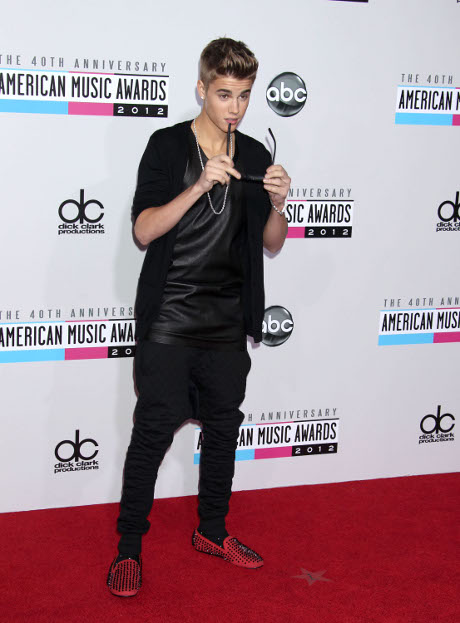 Apparently the Grammy Award committees actually do put some legitimate thought into who they shortlist. Recently, the individuals in charge of nominating albums/artists for one of the most coveted prizes in music decided they weren’t really feeling Justin Bieber‘s latest product. So they’ve excluded him from this year’s picks. Now, most musicians would just let this slide — because most musicians, especially in today’s pop scene, will never even see their name printed on the list. But Justin Bieber isn’t most musicians, and Scooter Braun (manager) isn’t most managers.

While Justin Bieber himself hasn’t come out to critique the nominations, Scooter definitely had a few words for the world to hear. Turns out he’s a very whiny — and perhaps a bit unprofessional — manager. He took to Twitter and went completely OFF on those responsible for discrediting his prized vocalist.

“I just plain DISAGREE. The kid deserved it.” He said. And he didn’t stop there. “The kid delivered. Huge successful album, sold out tour, and won people over. This time he deserved to be recognized and I don’t really have any kind nice positive things to say about a decision I don’t agree with.” And he finished with a tweet directed at his fans: “Looks like we get to stay the underdog a little longer.”

If you’re not laughing right now . . . well, you should be. Did Scooter Braun actually just deem Justin Bieber — JUSTIN BIEBER! — an underdog? Mr. Scooter, I think The Beebz is far from an underdog. He practically runs the pop music industry and has the entire young adult population enamored with his shiny Beiber hair.

I think our lil’ friend will survive without a Grammy. What do you all think? Do you think Justin Bieber deserves a Grammy? Let us know in the comments section whether or not you are going to go into an explosive frenzy like Scooter did. Sometimes . . . . these managers just need to simmer down. I will be interested to see how Justin reacts — if he does so at all.