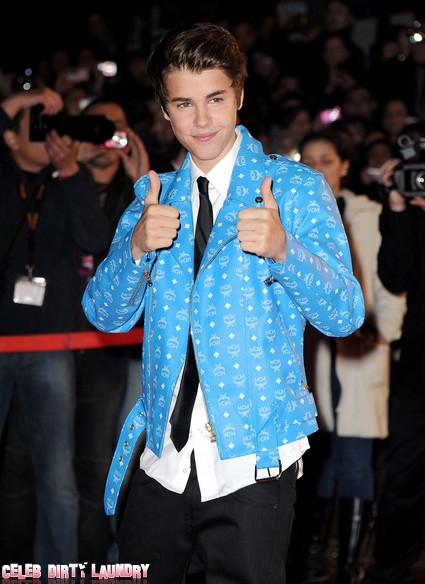 It seems that not all of the Biebers are sweet and fun-loving like adorable Justin Bieber. Imagine Justin’s chagrin at learning that his dad punched out his cousin in a drunken brawl. It is being reported that on Friday night at Dominion House bar in Stratford, Ontario, Justin’s dad, Jeremy Bieber beat his 20-year-old nephew ‘to a bloody pulp.’ It seems that pride was at the root of Jeremy’s rabid attack – as his nephew, Tylor, accused him of living off of Justin.

Justin’s father was largely absentee dad who has a long criminal record and history of drug and alcohol abuse. Furthermore Jeremy, who is a former MMA fighter, has never been consistently employed and sells autographed photos of Justin online to bring in the bucks.

According the National Enquirer a family source reveals that Jeremy was drunk when the incident occured. Jermey’s sister Bonnie’s son, Tylor, who is Justin’s cousin accused Jeremy of living off his famous son and told papa Bieber that he “wouldn’t be anything if it wasn’t for Justin.”

The source goes on: “Jeremy went ballistic! He started pushing Tylor in the chest, knocking him back and angrily telling him he wanted to be called by his own name, screaming, ‘I’m Jeremy Bieber!’  Tylor knew the situation was out of control so he decided to leave the bar. But Jeremy followed him outside.”

“Then wham! Out of nowhere, he grabbed Tylor by his coat and punched him really hard – right in the face. Tylor raised his arms to cover up, and Jeremy gave him three more blows to the head. He started bleeding everywhere.”

According to the source the battered youngster took off running and Jeremy proudly strolled back inside the bar, bought the whole bar a round of drinks, and started playing pool like nothing happened.

The source concluded: “Jeremy’s bar fights, temper tantrums and boozing are notorious. I think he’s nothing more than a drunken bully. He needs to get help.”

Given that there is at least some truth to this incredible report, is it any wonder we don’t see Justin surrounded by his family very often?