Jwoww And Snooki’s New Pad For Spin-Off Is A Firehouse! 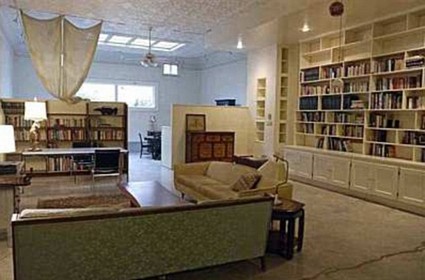 As previously reported, fans of the reality based show Jersey Show – which features a house of 8 ‘guidos’ and ‘guidettes’ living together – now have something else to look forward to (that thankfully does not involve Mike “The Situation” Sorrentino).

The Snookster and Jwoww have been offered their own spin off from the show which will take place in an old new Jersey firehouse. MTV producers obtained a permit to shoot at the location, on the condition that there were at least 4 police officers present at all times. I’m not to sure if this is a good thing, or a bad thing for the girls.. remember Snooki’s run in with the police back in Italy?? She does not do to well with the cops.

Their new digs do look pretty awesome, and it will be a nice change from the Jersey pad they’ve previously lived in. Will there be a smoosh room? I’d say most definitely. The firehouse is said to come with a nice kitchen, a cast-iron staircase (oh please be careful Snooks) and a couple bedrooms. Oh and let’s not forget the fire pole. I’m going to go out on a limb and say that this feature was the main attraction for producers. I can clearly see it all go down in my head now…let’s hope Snooki doesn’t forget her undergarments.