Kanye West Wants Kim Kardashian Out of Reality TV To Focus On World Peace and Acting! 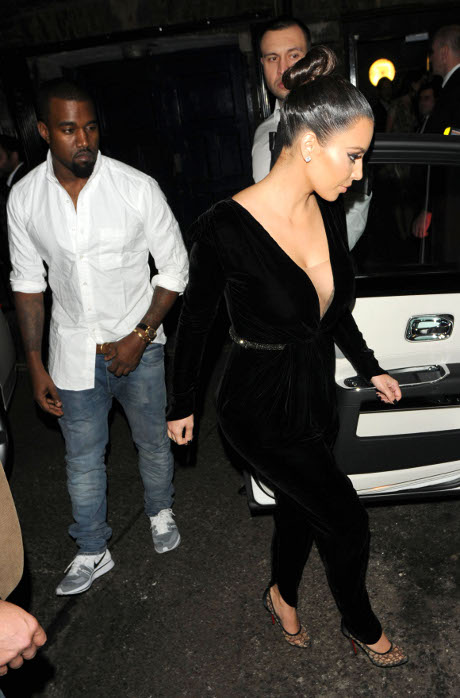 Kim Kardashian has built her empire from being in front of cameras, from her debut sex tape to her reality TV shows. That is, of course, until Kanye West got a hold of her. Yeezy, who famously emptied and then restocked Kim K’s closet to fit what he believes will be a better image, feels that it is time for her to take the next step in her career.

According to Life & Style, when asked about the next season of Kourtney and Kim Take Miami a source close to Kimmie replied, “Kanye doesn’t want to film the show anymore and he doesn’t want Kim to do reality TV anymore, either. He’s pushing her to stop.” Kim herself recently said, “Kanye’s been there through so many different stages of my life and before I was famous. I can’t even think about being with anyone else.”

So what will the next logical step in her career be? Maybe acting, humanitarian work, and then the Nobel Peace Prize. Just like she tore a page right out of the Angelina Jolie handbook for taking over the world. “Kim’s E! contract is up next year, and Kanye sees her transitioning from reality TV to jump starting her acting career,” a second insider reveals to Life & Style. Kim has enjoyed her forays into acting, telling Life & Style, “I’d love to do more!”