Rob Kardashian Assaulted By Trey Songz: Slapped In The Face 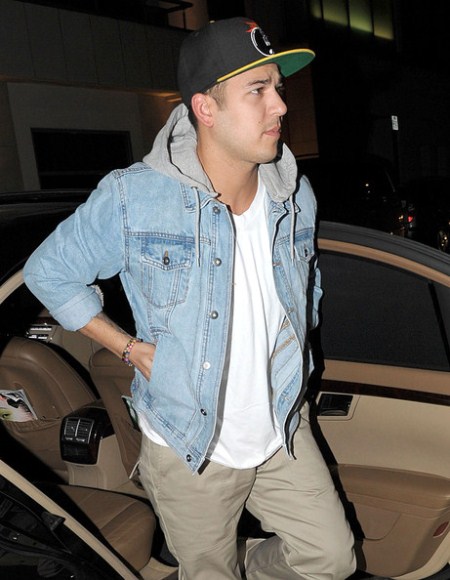 Yup, that’s right, a Kardashian was slapped in the face by rapper, Trey Songz. The “Passion, Pain & Pleasure” singer went and slapped a Kardashian right in the face and who is it you ask? It was none other than Rob Kardashian himself. Rob was out with the reality show crew in London’s MOVIDA nightclub and they were just relaxing and having some footage filmed until Trey walked in with his entourage.

MediaTakeOut reports, “Trey arrived with about 10 guys and they took over the VIP.” But when Trey and his entourage learned about the filming going on, they decided to make sure it would end.

Wait, there’s more, “Trey went over and told them to ‘Get the f*ck out.’ Rob thought Trey was joking so he stood up and tried to talk, that’s when Trey slapped him in the face hard.” But that’s not the funny part, after that Rob got up and told those with him, “Let’s go.” Yes, they all just left.

Even though Trey makes such horrible music I got to say that this is just pure gold, he didn’t think twice before just slapping Rob in the face and I surely do hope the cameras got that recorded and it leeks somehow because I’d like to see that. Hell, I’d probably make a GIF out of it too so the world can relive the hilarity that is Rob Kardashian getting slapped in the face and doing shit about it!