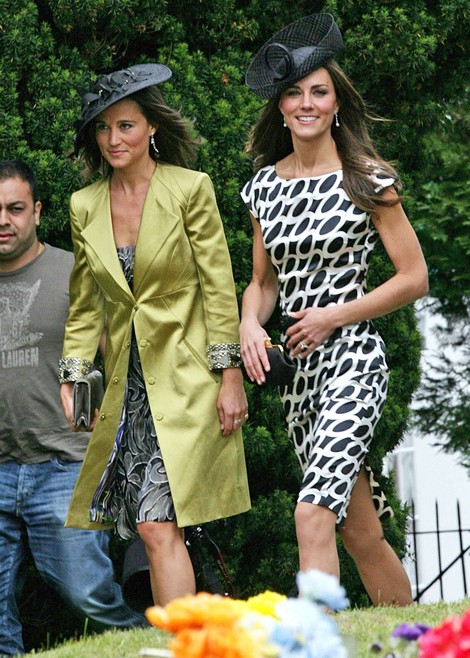 It seems a royal fight is brewing between Kate Middleton and Pippa Middleton!  Prince Harry’s recent Vegas antics have taken the media by storm and it has caused Pippa to lash out and have a war of words with her sister.  Let’s review: First Harry showed up in Vegas at Wet Republic VIP having a swimming race with Olympic Champion, Ryan Lochte.  Then he party crashed, specifically looking for single ladies and he wrapped up his booze and coke infused stay by playing naked billiards as the cell phone cameras clicked!

Pippa, rightfully feels that there is a huge double standard at work here, according to the new issue of Now Magazine. She has been directed to keep a low profile, carry herself with dignity and by all means, protect the royal reputation. Pippa feels that she has been put on a leash while Harry is quite literally able to let it all hang out and it’s unfair. She also made the point that if she were the one cavorting in Vegas, the backlash would be epic. I don’t think Pippa actually wants to be filmed partying naked, but she expects a Prince of all people to face the same repercussions that she would as a commoner!

Should Kate side with Pippa in this instance rather than have a sisterly blow out?  Aren’t Pippa’s points pretty valid?  Imagine if Kate Middleton’s little sister was caught doing cocaine imagine the fallout!   Harry finds himself in trouble and he gets slapped on the royal wrist and its semi shrugged off because he has always been the “mischievous” one.

Is the double standard here a fair one?  Do you think Pippa will keep herself in check or will she see this as an excuse to have a bit more fun?  Tell us your thoughts in the comments below!