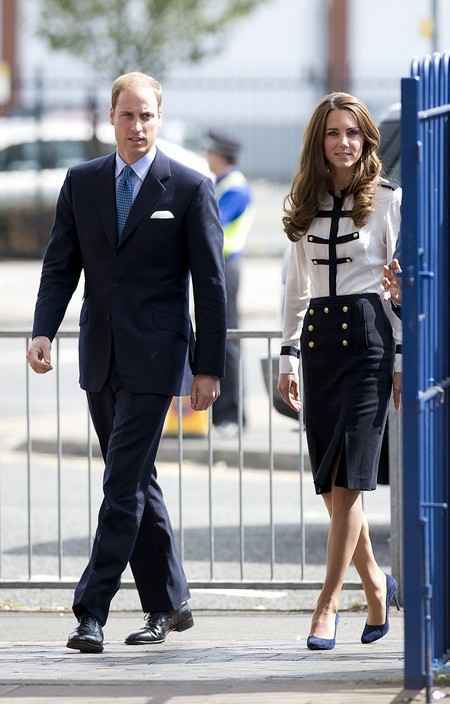 Kate William and Prince William might soon be neighbors to an official nude beach near their home in Anglesey.  It seems that the organization representing local nudists, British Naturism, intend to make Newborough Beach an official site.  This will remove any stigma or the possibility of any legal hassles that might disturb the naked bathers.  Local authorities are not in favor of the change.

The Mirror provides the bare facts:  Naturists hope to make Newborough beach in Anglesey, a few miles from the Duke and Duchess of Cambridge’s home on the Welsh island, an official site

She’s settling into life in the Royal Family but now Kate Middleton could soon see plenty more crown jewels as her local beach is set to become a nudist site.  Naturists hope to make Newborough beach in Anglesey, a few miles from the Duke and Duchess of Cambridge’s home on the Welsh island, an official site.

The royal couple live in a modest whitewashed cottage in Anglesey while Prince William is based as a search and rescue helicopter pilot at RAF Valley.  Nudists already enjoy the beach in the altogether and believe that, although they don’t need official status, it would make a difference as well as boosting local tourism.

British Naturism commercial manager Andrew Welch told The Telegraph: “It takes away the hassle factor because a lot of people see naturism as illegal.  “Naturism isn’t against the law, you can’t legislate about what someone wears. If it were designated it would increase tourism in the area.”

However, local councillor Peter Rogers said it he would prefer the beach not to be used by naturists.  He reportedly said: “It would be better either for them to be banned or, if they are going to be there anyway, for there to be proper regulation.

“In other words either stop it or have a properly controlled part of the beach for them, which might benefit the local economy.”  He added that nudists themselves are not the problem but “the problem but the people who go and watch them from the trees”.

Despite adopting a puppy in February, the Duke and Duchess have not yet been spotted walking black cocker spaniel Lupo along Newborough beach yet.

One thing for sure – we don’t expect Duchess Kate and Prince William to forget to wear their bathing suits when they go for a swim.