Kate Middleton Can Now Give Birth To A Queen Diana 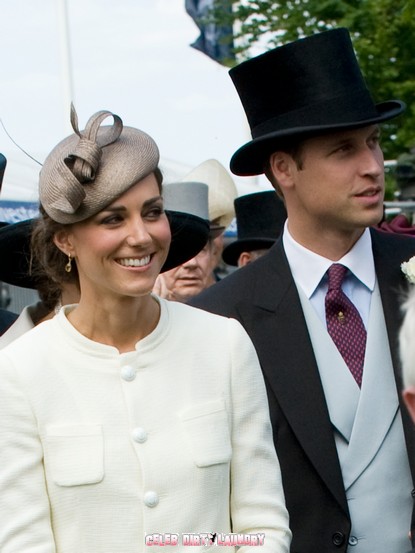 There may just be a Queen Diana after all if Prince William and Kate Middleton have a daughter. Speaking at the State Opening of Parliament, Queen Elizabeth II confirmed that the government is to introduce a Bill that will end the law of Royal succession that states the eldest son will become next in line to be King even if he has an older sister. The rule has been in place since 1688.

The Daily Mail reports the Royal house cleaning will also abolish the long-standing ban on Royal heirs from marrying Roman Catholics (where was that one when I needed it?) and the law requiring descendants of King George II to ask for the Monarch’s consent before they can get married.

So if Prince William and Kate Middleton have a daughter first, she will be Queen. Come on, don’t lie, you know you want them to name their daughter, Diana. Just admit it. And she can run off and marry a Catholic without asking her parents for their permission. Sounds like a gossip writer’s dream.

This news will most likely cause another flare of “is she or isn’t she” rumors to ignite. The Cambridges stepped out together on Tuesday in London for a dinner at Claridge’s. Kate bared a leg but no secret as to whether she’s got that bun in the oven yet. She might have a cupcake somewhere in there but by the size of that gorgeous dress she wore, I doubt it.

Kate did manage to give us a little shock as she stepped out with no pantyhose and wearing vampy, sparkly Jimmy Choo high heels. The princess came under fire last week by British shoe designer, Nicholas Kirkwood, who said, “She just wears too much High Street stuff. I know she’s trying to be democratic, but I don’t know how many pairs of LK Bennett you can wear.”