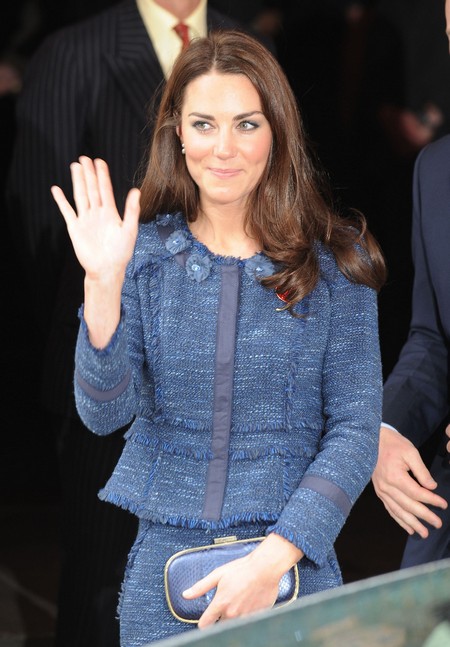 It’s been rumored that Kate Middleton and her Prince William have delayed the pitter patter of little feet in order not to overshadow Queen Elizabeth II during her Diamond Jubilee year.  But the real reason might have more to do with the scandalous distractions on her side of the family – yes we are referring to the behavior of her charming siblings Pippa and James Middleton.

No woman’s uterus has a timer on it quite like Kate’s.  As the wife of Prince William, the probable heir to the British Throne, it’s her one and only job to produce another, well, heir.  So what’s with those Cambridges? Why won’t they get down to business? Jessica Simpson just had her baby. The public needs another bundle of joy to obsess over!

“Personally, I think the biggest pressure on Kate is the dumb behavior of her sister, Pippa, and, now, her brother, James,” an insider informed E! News.

Everyone’s seen the recent photos of Pippa Middleton sitting in the passenger seat in Paris while her idiotic friend driving the car pointed a gun at chasing paparazzi. But James Middleton was also causing the duchess to purse her royal lips with his sexually suggestive cake emporium.

James is expanding his cake kit company brand by specializing in cakes iced with the kinds of slogans you wouldn’t hear at the Queen’s Garden party.

Kate won’t have a chance to get her Granny-in-law a “Stud Muffin” cake that reads “A willy that wriggles and gives me the giggles” for her next birthday. The raunchier cakes were taken off the site soon after Pippa’s Paris fiasco.

Kate’s done well and walked a VERY straight line since joining the firm a year ago. But I feel bad for Pippa and James here. They’re just living their lives. If they were any other person’s siblings these actions would go virtually unnoticed (OK, maybe not the gun thing). When Kate married William it’s like everyone’s life had to change and I’m not sure if it’s fair for Kate to rag on them.

However, they are taking full advantage of the perks of the royal connection – Pippa especially – and will be able to say their niece or nephew is the next monarch of Britain. So I guess that’s a pretty fair trade.

Do you think the Middleton siblings can stay out of trouble long enough to let Kate breathe and conceive?