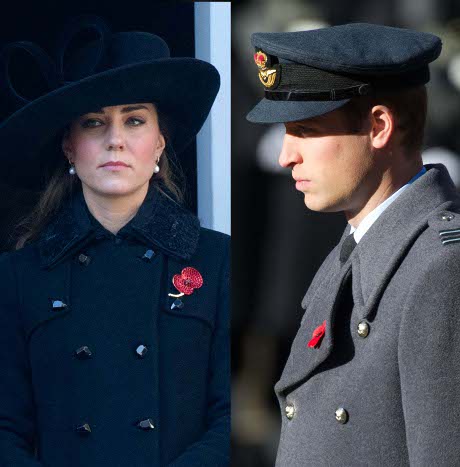 The Duchess of Cambridge, Kate Middleton, has had several conversations with Prince William over the past couple of weeks. These conversations were not, however, serious baby discussions, nor whether Kate and William should attend some or other charity event – the couple merely discussed whether William should leave the RAF (Royal Air Force) permanently. According to Now magazine, the discussions and negotiations finally reached a heated breaking point last week.

An insider revealed, “Kate’s been keen for Wills to focus more on his Royal duties and quit the RAF for some time, but he’s always dug his heels in. The problem for William is that the RAF gives him a sense of normality and independence – he’s worried that the dynamic of their relationship will chance for the worse if he doesn’t have his career. Kate says he needs to face up to his responsibilities – he isn’t a singleton in his twenties anymore.”

Uh-oh! Is trouble brewing in paradise? Are William and Kate having their first official fight? Should we sit upright like perky pips and lend our ear out to the situation? The distance could cripple their intimacy, and in turn, could cripple any future baby plans. We’re waiting for a pink feet heir, people! Don’t go and screw up our imaginations now!

William has until next year to make up his mind whether or not he is going to leave the RAF, but Kate said nu-uh and has put her foot down. The repercussions of William’s decision could leave the couple separated by a sad, desolate distance – if he stays on at the RAF, the couple will live 300 miles apart. That’s an arduous five-hour car journey for up to six days a week. It doesn’t matter how stable a relationship is, such a distance will tear even the hardened of souls apart piece by piece.

What do you think? Do you think William should leave the RAF? Do you think Kate is correct when she says that he needs to own up? Let us know your thoughts in the comments below.