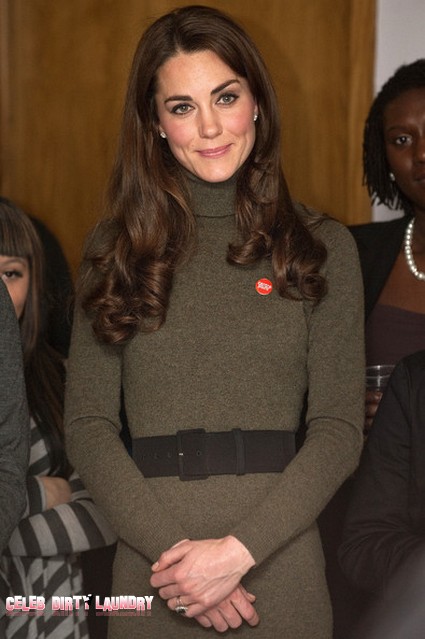 Kate Middleton, Britain’s Duchess Catherine, went shopping in London yesterday and the woman who is married to the future King of England, Prince William, was looking for bargains. You’ve got to love Kate – she seems to have a natural sense of how NOT to flaunt her immense wealth and power while exuding dignity and class.

Kate went for bargain hunting on Chelsea’s King’s Road, where she went into Anonymous by Ross+Bute and tried on a number of items in the changing room.

The duchess eventually settled on a purple jewel top, which was on sale and priced at $130, down from $275.

Kate spends most of her time living in North Wales where her husband Prince William is working as a search-and-rescue helicopter pilot has often been seen on King’s Road indulging in retail therapy, and uses the nearby Richard Ward salon to get her famous hair cut.

Last year Kate enjoyed a spending spree at Topshop on Kensington High Street, where she purchased a blue jacket and polka-dot skirt, and onlookers at the store were said to be impressed by her “normal” attitude.

A source said: “She was low-key and casual – she seemed so normal. She was really chilled out despite some customers in the queue behind her saying, ‘Oh my God it’s her’ and pointing – she didn’t seem fazed by it all and she was really sweet.  I haven’t seen her before so I don’t think she’s a regular.”

Lots of celebs could take lessons from Kate Middleton and her modest dignified ways – Beyonce and Jay-Z come immediately to mind.