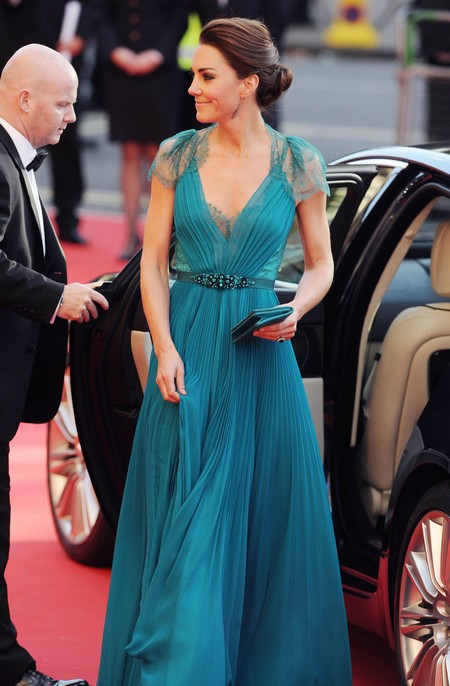 Duchess Catherine was the most lovely royal at the gathering and she appeared to enjoy herself.  Kate was seen laughing and chatting with Prince Harry while sipping champagne.

Britain’s Queen Elizabeth hosted a Diamond Jubilee lunch for 26 kings and queens yesterday.  The monarch greeted royals from around the world, including Prince Mohammed of Saudi Arabia, Bahrain’s King Hamad bin Isa Al Khalifa, the King of Jordan and his wife Queen Rania, and King Constantine of Greece at a lunch at Windsor Castle to celebrate her 60th year on the throne.

The queen and Prince Philip were joined by Prince William and Duchess Catherine – who got married in April last year, the last time such a large group of foreign royals met – Prince Harry, Prince Andrew and his daughters Princesses Beatrice and Eugenie.

The 98 guests dined on a meal of poached egg tartlet with asparagus followed by Windsor lamb with braised potatoes, artichokes, peas, cabbage and broad beans, and the group enjoyed strawberries for desert.

Catherine – who was formerly known as Kate Middleton before she tied the knot to William – was spotted laughing and joking with Harry over a glass of champagne and she posed for photos with William.

Good to see the royal family enjoying the Diamond Jubilee.  Would like to party with kings and queens?  Let us know in the comments below.