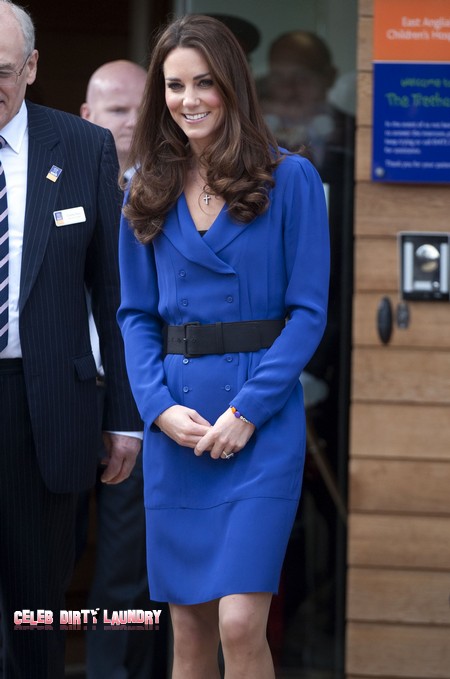 Kate Middleton and Prince William are back in each other’s arms as Flight Lt. Wales has finally come home.  Sources indicate that baby making is now likely the Prince’s next mission.  The Duke and Duchess of Cambridge were thought to have not wanted a pregnancy to overshadow the London Olympics this summer.  But if the couple ‘get busy’ now the timing would work out perfectly…

A confidential source said: “They see it as a great opportunity to spend the early months as a family in the peace and tranquility of Anglesey, away from the pressure of public life.

“Anglesey is perfect for them. The neighbors are welcoming and protective, the farmhouse where they live has the best security, and they love the area. The plan is to start ­trying after he comes back.

“They’ve been telling friends they’d love a family and feel it’s a great time to get cracking.”

MORE: Prince Charles And Camilla Parker Bowles Getting A Divorce

William has landed back in Britain after weeks stationed 8,000 miles away in the Falklands on his search and rescue mission as a Royal Air Force helicopter pilot.  Kate handled the royal duties admirably during her husband’s absence earning praise for her poise and beauty.

The Mirror had some interesting details of William’s mission:  Flight Lt. Wales, as the Duke is known in the Royal Air Force, was one of several pilots on call for search and rescue missions in the sprawling archipelago of 704 islands.

Local islanders say the Prince visited the hospital and made a trip to remote Sea Lion Island – a paradise for penguins, sea lions and elephant seals.

The operation angered Argentina, which claims the islands 290 off its coast and refers to them as Las Malvinas.

Ahead of his arrival, the Duke was branded William the “conqueror” by Argentina’s Foreign Ministry while David Cameron and Argentine president Cristina Fernandez have accused each other of “colonial” behaviour.

A royal baby from the The Duke and Duchess of Cambridge would be wonderful.  Do you think that we will see Kate pregnant before the London Olympics?  Let us know in the comments below.