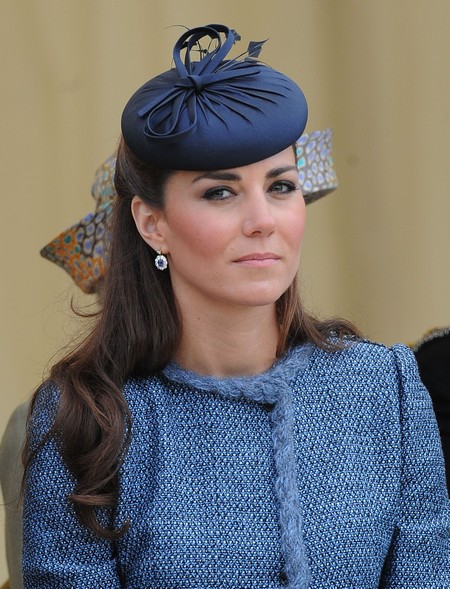 The chosen one will soon grace us all! After months of the media trying to make a baby happen between Prince William and Kate Middleton, there truly is a reason for the dancing for joy in the streets of London. The palace announced today that the royal couple is expecting their first child. Cue the confetti and ticker tape parade!

The announcement was prompted because Kate was admitted into the hospital in central London with hyperemesis gravidarum, an acute morning sickness which requires supplementary hydration and nutrients. The palace further explained that the pregnancy is in its early stages and that the welfare of Kate’s health was paramount.

“Her Royal Highness is expected to stay in hospital for several days and will require a period of rest thereafter,” the statement said.

Every child is a blessing, but ever since the Duke and Duchess of Cambridge wed in April 2011, there has been intense pressure and scrutiny placed on them for producing an heir. Most newlyweds are afforded the opportunity of just being newlyweds but that grace period wasn’t extended to these two. There was constant speculation and recrimination as to why Kate wasn’t with child the day after marrying Will. The Duchess soon found out she was a modern woman living in ancient times, stunning those who expected her to be barefoot and pregnant within the first year of marriage.

Alas, there is now a child that will be third in line to the throne.  Aside from a future title of King or Queen, this baby will be blessed with the love of two parents who wanted him or her for more than just an extension of the lineage. As the countdown begins to the big moment of arrival for the latest pride of the U.K., all the best wishes are sent to Will and Kate as are potential baby names. Stephanie would be quite a lovely name for a little girl.