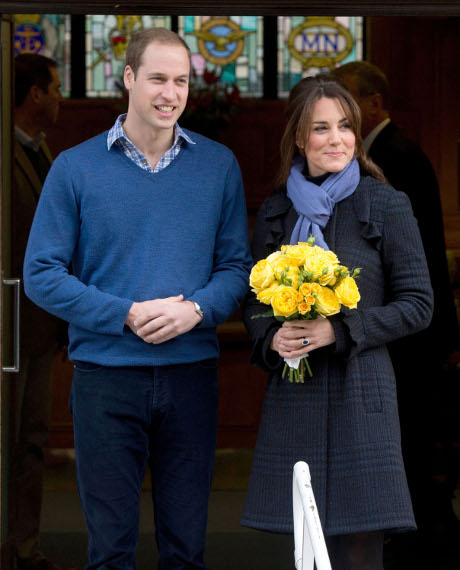 Every year at Christmas, Kate Middleton and Pippa Middleton are forced to suffer through a fairly awkward tradition, and it involves her father and a dress. I think you can probably piece it together from there. So who would’ve thought Papa Middleton does a drag show for his family every year? We certainly never jumped to that conclusion, but it seems as if Prince William is going to be subjected to the family tradition.

Pippa unleashed her father’s secret to The Spectator, a political magazine that simply gobbled up the story. Yummy. “My father has developed this funny tradition of surprising us at some point by appearing in fancy dress,” she tells the magazine. “He buys a new costume each year and typically gets a bit carried away – a couple of years ago, he appeared in an inflatable sumo outfit.”

Pippa says the tradition is “endearing,” but we’re probably fairly certain she and the rest of the family gets a bit embarrassed, especially now that the family is in such a bright spotlight. But, you know what, it’s just a dress. And, hey, if it’s a family tradition, then why change it?

Kate Middleton, wife to Prince William, hasn’t commented on the tradition, but she better prepare her new hubby for the royal man-dress if he’s going to be celebrating the holidays at all with her family. Little birdies told me that the Prince and Kate will be spending the holidays at home, so maybe he will have to wait until next year to witness that glorious spectacle?

I think this little story just goes to prove how, no matter who you are — royal or celeb or person who reads the news — every family has traditions. Whether they be big or small, traditions are important things to have.