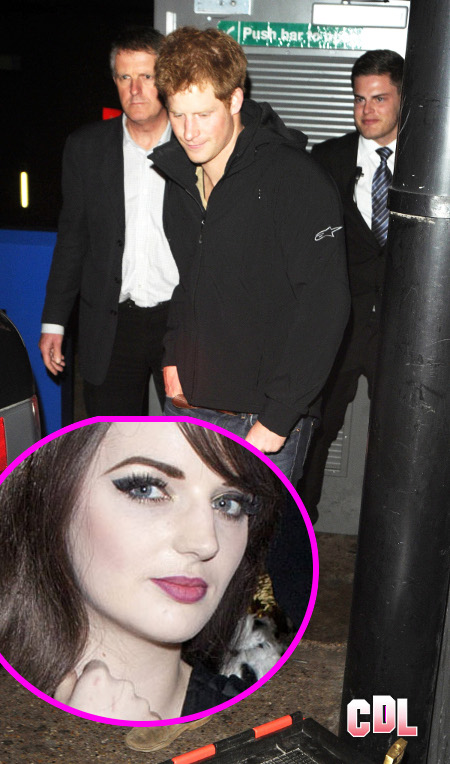 Well, there’s at least one person close to the royal circles who approves of Prince Harry‘s naked photo scandal, and that person is none other than Kate Middleton‘s burlesque-dancing-Playboy-posing cousin Katrina Darling. While Prince Charles has reportedly told his son to keep his head bowed in shame for the time being, Katrina Darling says the human form should be celebrated and that everyone should just take a chill pill.

Kate, who thinks criticizing the photos sends an ill-informed message about nudity to society, says, “I was shocked that the public were surprised that there is a young man having fun, partying, and being comfortable with his body,” Katrina said. “I don’t think anyone should be sending a message that it is wrong or sordid to be nude. It’s not. Shaming someone for being nude is not a positive attitude to teach people. The human form is a beautiful and amazing thing to be celebrated. He didn’t choose to be a role model. He’s human and living a life that most can only dream of.”

Prince William hasn’t said much other than that he “isn’t impressed” with his brother. I was watching the news last night and a reporter was in London questioning people on the streets, asking them whether or not they thought Prince Harry’s wild naked adventures were a big deal. Many of the younger individuals who were questioned said no, that they didn’t really think it was bad at all — that he’s just a “guy trying to have a good time with his mates.”

Sounds like it’s the royal circles that have the biggest problem with this — because, even though some people in the world don’t care what Harry does, it’s true that his behavior directly reflects on Britain. That’s just the life he was born into. What do you all think? Do you think Prince Harry’s naked photo scandal is getting blown way out of proportion?