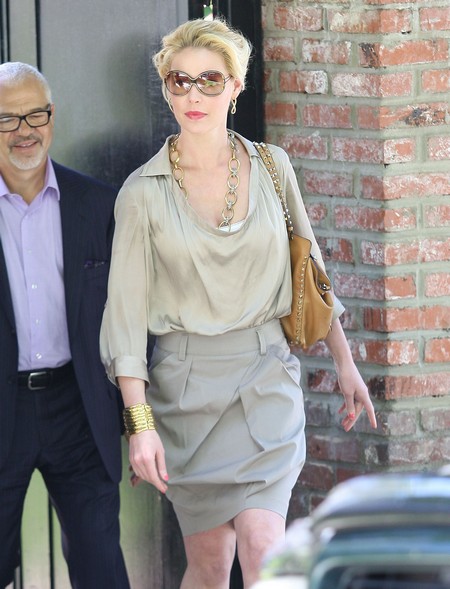 Katherine Heigl and husband Josh Kelley are new parents for the second time!  There latest addition to the family is another little girl who will join big sis Naleigh.

Although details have been kept quiet, their rep confirmed the pair adopted another child to add to the family.  It is unclear as to where their newest little addition was born and whether it was a domestic or international adoption, however the National Enquirer is claiming that the baby girl is from Louisiana.

Katherine, 33, and Josh, 32, adopted their first daughter from South Korea back in 2009.  Back in January the actress hinted at her and Josh’s plans on extending their family – while also admitting that she felt like a ‘bad mother’ after adopting Naleigh because she couldn’t immediately bond with her.

”I fought incredibly hard for my daughter to accept me as mother. Her rejection almost broke my heart.  At first I blamed myself and thought I was a bad mother. It took a while before I could admit to myself that the lack of trust had nothing to do with me.”

As with everything, water will find it’s own course Katie.  Congratulations to the both of you.  Are you pleased that Katherine Heigl has adopted again?  Let us know in the comments below.