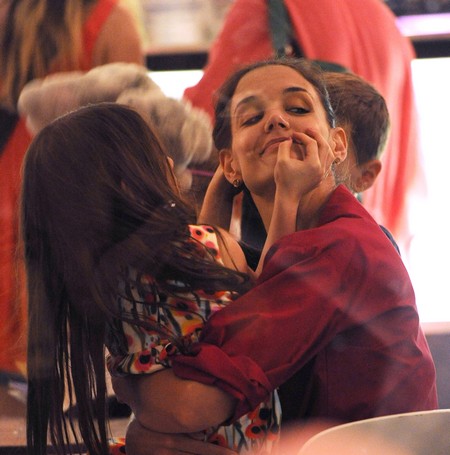 If nothing else, the Tom Cruise and Katie Holmes divorce is teaching us a ton about the crazy practices of Scientology. Back in 2005, Holmes reportedly was introduced to the interrogation ritual known as ‘sec checking.’ She witnessed Cruises’ older children, Isabella Jane Cruise and Connor Cruise, participating and ultimately feared that Suri would be put through the same process eventually.

How the heck is this process done? The person (often a child) holds electrode handles on a device called an e-meter and is then asked a series of personal questions that help the Church to figure out “areas of spiritual distress.”  The person that collects the e-meter readings is called an auditor.  Many ex-Scientologists have been very vocal about “sec checking”, claiming that it’s a form of psychological terrorism mainly designed to get kids to expose their parent’s bad behavior.

It’s no wonder Katie is trying to keep Suri as far from this religion as possible!  What are your thoughts on the “sec checking” ritual?  Do you think it is psychological terrorism?  Tell us what you think in the comments below!