Katie Holmes Will Get Precious Little of Tom Cuise’s Money 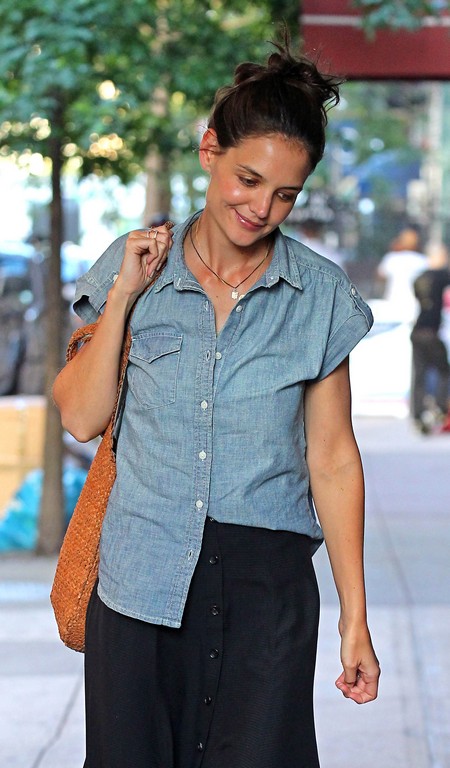 You would think being married to Tom Cruise would ensure that you’d be set for life, even if you left him. Not the case for Katie Holmes. She signed a pretty airtight prenup that is heavily in Tom’s favor.  Basically, she will walk away with what she brought into the marriage and little else.  I guess that proves that she didn’t marry him to get her hands on his cash, right?

A TMZ source says, “She’s not about the money.  She’s not that girl.  She loves to work.  Money is not that important to her.  She makes plenty on her own.” The one thing she will go after is child support for Suri.  That can easily be a windfall for her since child support would be based on Tom Cruises’ earnings.

Katie filed for divorce well aware of the terms of her prenup.  It’s clear that money isn’t the big issue here for her at all.  The more we learn about this split the more obvious it’s becoming that the real battle here is going to be over Suri.  Katie left to get her little girl as far from Scientology as possible and I’m betting Tom will do everything in his power to reel her back in.  Money looks like it will be the very least of their concerns.

I have a hunch we will hear more about Katie’s reason for leaving and it’s all going to get pretty messy fast.  How ugly do you think the battle for Suri is going to get?  Do you think that Katie should be awarded sole custody?  Remember that when Tom Cruise split from second wife, Nicole Kidman, he ended up with custody of their two adopted children.  Do you think he’ll fight fire with fire and aim for sole custody of Suri?  Tell us your thoughts on the latest Tom and Katie developments in the comments below!