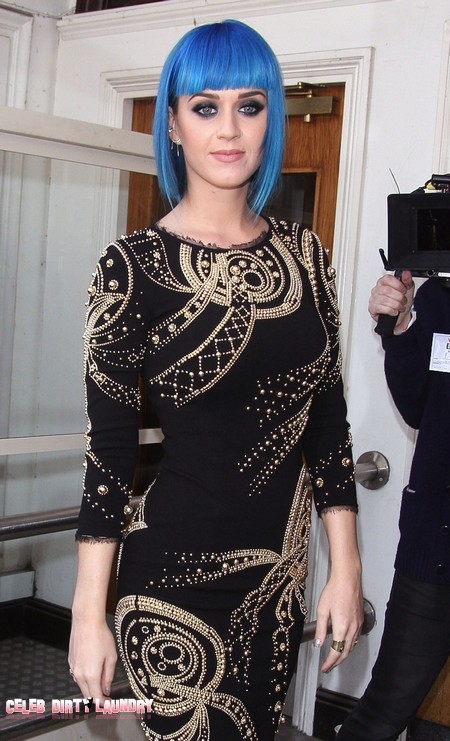 Katy Perry has expressed concerns that her collaboration with Rihanna may not be that good if it is rushed.  Katy said that it is taking so long because “you have to wait for greatness.”  Greatness?  Neither Rihanna nor Perry have ever done anything even close to great – but of course they both confuse popular success with virtue and quality.

Katy has planned to record a song with her friend for a long time, but it is taking time because they are searching for the right track.

During a special performance on the UK’s Radio 1, Katy said:  “We collaborate on a lot of things, just not songs yet – we have a great friendship.”

“Its’ one of those things where it’s gotten so much build up that if we don’t’ deliver, like, the best song… We’re both busy, but we planted a seed two years ago, we’re just looking for that special one.”

“How disappointed would you be if that song came out and it wasn’t that good? So sometimes you have to wait for greatness.”

Katy explained she would like the track to be iconic and empowering, rather than sexy, like Shakira and Beyonce’s 2007 single ‘Beautiful Liar.’

SEE: Katy Perry Is So Hot For Her New Dude!

Katy added:  “I was telling her, you know the Eurythmics song featuring Aretha Franklin, ‘Sisters are Doing it for Themselves’? That’s like the kind of song which I’d like to do, rather than ‘Beautiful Liar’ – although that is still a great song.  I loved that but I definitely want to do something which is iconic.”

Iconic… that word needs to be banned from the celeb dictionary.  Anything ‘iconic’ requires time and perspective to be so adjudged.  Katy Perry is a noisy flash in the pan who will be forgotten as soon as she stops being promoted by the corporate music business.  Do you agree?  Sound off in the comments below.