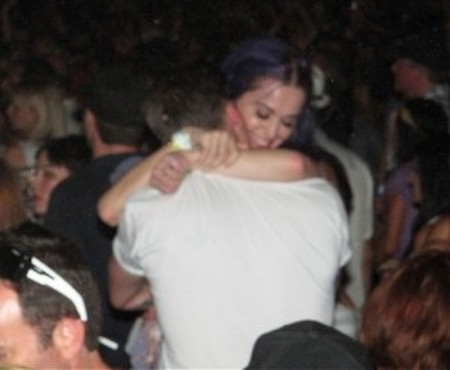 Katy Perry is hot and heavy smooching with her new boyfriend.  And even though doesn’t even come close to the likes of Ryan Gosling, musician Robert Ackroyd does bear some resemblance.  And it seems as though we shall be seeing a lot more of him – considering he is dating famous pop singer Katy.

The Florence + The Machine guitarist was spotted out with Katy, 27, at the music festival Coachella this past weekend and it’s been reported that the two couldn’t keep their hands off each other.

Katy was apparently overheard describing Robert as her boyfriend, with a source later telling Life & Style magazine: “Backstage at the Artist Lounge at Coachella last weekend, Katy kept saying her boyfriend was the guitar player for Florence + the Machine.”

“She and a bunch of friends were supposed to go see Dr. Dre together, but Katy said she was waiting to watch her boyfriend perform.” 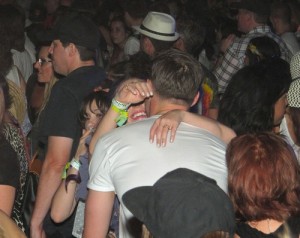 The pair were then snapped holding hands as they watched Perry’s pal Rihanna perform with Calvin Harris, with Robert later referring to Katy in a post on Twitter – using her initials KP.

Katy recently divorced British comedian Russell Brand and has been keeping a low profile since.  However if pictures from this last weekend say anything, it seems as though Katy has found a new man.